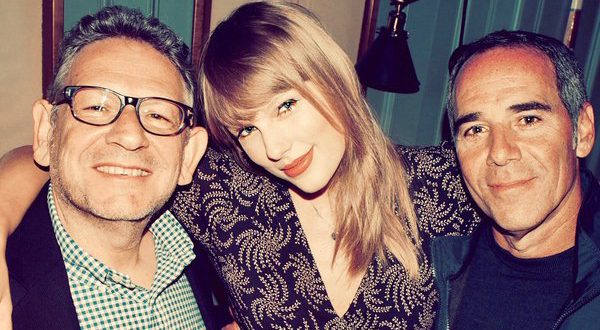 “I’m ecstatic to announce that my musical home will be Republic Records and Universal Music Group,” Swift wrote in an Instagram post. “Over the years, Sir Lucian Grainge and Monte Lipman have been such incredible partners. It’s so thrilling to me that they, and the UMG team, will be my label family moving forward. It’s also incredibly exciting to know that I’ll own all of my master recordings that I make from now on.”

“There was one condition that meant more to me than any other deal point,” Swift also posted on Instagram Monday morning (Nov. 19). “As part of my new contract with Universal Music Group, I asked that any sale of their Spotify shares result in a distribution of money to their artists, non-recoupable. They have generously agreed to this, at what they believe will be much better terms than paid out previously by other major labels…”

It’s rumored that Big Machine showed little interest in giving Swift ownership of the master recordings from previous albums, which some think was a condition for her staying at Big Machine.

Swift began her music career at age 15 here in Nashville as a country singer and has since earned 10 Grammys and is the only artist with four albums that have sold more than one million copies in their first week of release.

Music editor for Nashville.com. Jerry Holthouse is a content writer, songwriter and a graphic designer. He owns and runs Holthouse Creative, a full service creative agency. He is an avid outdoorsman and a lover of everything music. You can contact him at JerryHolthouse@Nashville.com
Previous Billy Dean Releases First Ever Gospel Album
Next Trace Adkins Releases “I’ll Be Home for Christmas” Video