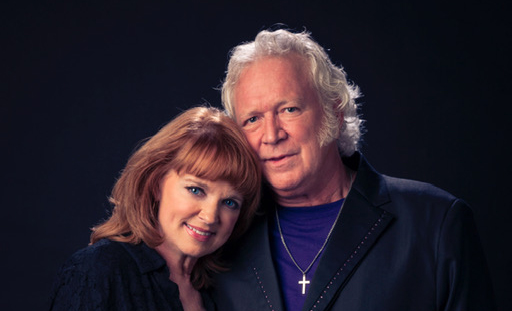 T. Graham Brown And Wife To Be Crowned 2019 RC Cola and Moon Pie King and Queen

The Bell Buckle Chamber of Commerce is thrilled to announce that award winning Nashville music icon T. Graham Brown and his wife, Sheila Brown, will serve as this year’s RC Cola and MoonPie King and Queen!

His “T-ness” as he is many times lovingly referred to, began his musical journey in Georgia and was quickly nominated for a Grammy as well as earning CMA awards, the Addy Award for Excellence in Advertising, and a back to back Prism Award winning chart topper. As a recording artist, songwriter, performer and producer, T. Graham Brown has scored multiple number one songs in the country, blues, and gospel. He has hit the Billboard, Cash Box, and Christian music charts 35 times with hits such as “I Tell It Like It Used To Be,” self penned “Hell and High Water,” and “Darlene”. He also wrote the multiple award winning song, “Wine into Water”, which has been recorded over a hundred times by artists all over the world, most recently by country music star Loretta Lynn on her latest critically acclaimed album, ‘Full Circle.’

T. Graham has performed on the iconic stage of the Grand Ole Opry hundreds of times and maintains a busy touring schedule all over the United States and Europe. He will tell you with a grin, “I’ve got a band and a bus, and I’ll keep taking the music to the people as long as God lets me. It’s what I love to do!”

Sheila was born in Fort Benning, Georgia and is the daughter of an Air Force pilot. She and T met in Georgia at college. The couple moved to Nashville after college so T. Graham could sing.

Sheila says, “We decided we would go the ‘Big Adventure’ of the country music business together, and we’re still on it. Our son, Acme, was born and lives in Nashville. We love Nashville and the music business, and our life here. We continue to travel all over the country and the world with our show. We feel very blessed to be able to do what we do. We think we have the best job in the world… we get to make people happy with music!”

“Being the 25th Annual MoonPie King, and Sheila being the Queen, is one of the highest honors to the Brown Family,” says T. Graham. “Filling the boots of Waylon and Jessi will not be easy, however we shall give it our all. The legendary combination of the mighty MoonPie and RC Cola is unsurpassed in the lore of the south. Come to historic Bell Buckle, Tennessee to partake in the unparalleled hospitality and taste these classic treats. Long live the MoonPie and RC Cola!”

This year’s RC Cola and MoonPie Festival will be held on Saturday, June 15th. T. Graham and Sheila will be a highlight of the parade which starts at approximately 11:30. There will be a Coronation of the royal couple following the parade at the Captain Rodney stage on the festival grounds along with entertainment leading up to the Coronation.

So many memories to make. So little time in a day to pack it all in. A day of fun for young and old alike to celebrate three southern traditions: RC Colas, Moon Pies and Historic Bell Buckle, Tennessee- close to home but a world away.

The RC Cola and MoonPie Festival is well worth the short drive from Nashville. So check it out. More info here.

Music editor for Nashville.com. Jerry Holthouse is a content writer, songwriter and a graphic designer. He owns and runs Holthouse Creative, a full service creative agency. He is an avid outdoorsman and a lover of everything music. You can contact him at JerryHolthouse@Nashville.com
Previous Old Crow Medicine Show Headlining Grand Ole Opry at Bonnaroo
Next Chase Atlantic Coming To Exit/In 6/18