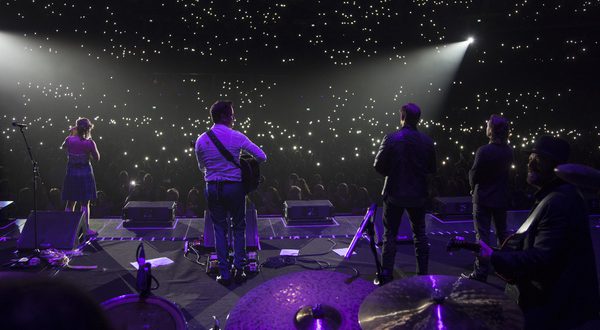 Stars of CMT’s hit television series “Nashville” will celebrate the city that they dramatically have brought to life and their home for six seasons with NASHVILLE In Concert: Final Season Celebration at the Grand Ole Opry House in Nashville, TN on Sunday, March 25.  As the Lionsgate and Opry Entertainment-produced series reaches the midway point of its final season on air, the cast would like to bring neighbors and “Nashies” together for a special hometown concert before heading overseas to play the previously announced Farewell shows in the United Kingdom and Ireland in April.

“The cast of NASHVILLE are incredibly excited to play what is surprisingly their first true ‘hometown’ concert,” said Steve Buchanan president, Opry Entertainment.  “It will be a bittersweet farewell to a city they love as production will soon wrap for the final season currently airing on CMT.”

Tickets and VIP Packages for NASHVILLE In Concert: Final Season Celebration at the Grand Ole Opry House on March 25 will go on sale February 2 at 10 am at https://www.opry.com/nashvilletour.

Cast members Clare Bowen, Chris Carmack, Charles Esten, Jonathan Jackson and Sam Palladio will head to the UK and Ireland in April for the NASHVILLE Farewell Tour. The shows will feature songs from the series as well as artists’ original material. Tour stops on the Farewell Tour include Birmingham, Leeds, Glasgow, Manchester, Cardiff, London, Dublin and Belfast.

Due to the exceptional fan demand of the shows in the United Kingdom and Ireland, additional seating had to be opened up for the London O2 show on April 21 and shows were added in Dublin and Belfast for April 23 and 24 respectively.

For ticket information on all announced shows, go to https://www.opry.com/nashvilletour.