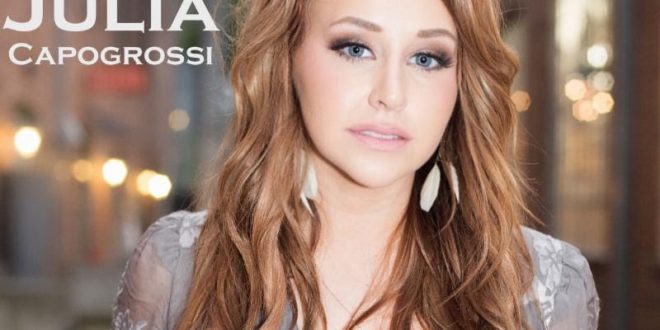 Straight off the release of her debut single,Busch Light Budget, fresh country female artist Julia Capogrossi is kicking off the new year with a brand-new radio single, Morgan. This heartbreaking, emotional ballad is impacting country radio airwaves today, (January 9th, 2018) and is available for download on iTunes and all digital retailers.
The song, co-written by Capogrossi, showcases her heart wrenching vocals and powerful lyrics. “I went through a tough relationship, so I did the only thing I could — write,” Capogrossi says. “I wasn’t going to release it, but after playing it out, everyone immediately loved it and was able to relate to it. I knew this had to be my next single.”
She also released the official music video for the song. “This is such a visual song and I wanted everyone to be able to watch the video when they hear the song. It’s just that much more powerful. I am so proud of the video and the story that it tells.” The video was shot and directed by Josh Lockhart of J. Lockhart Media. Lockhart had worked on videos with Dolly Parton and Lady Antebellum as well as being the assistant director on the Old Dominion videos for Snapback and Break Up With Him.
To view the music video for Morgan, click below: