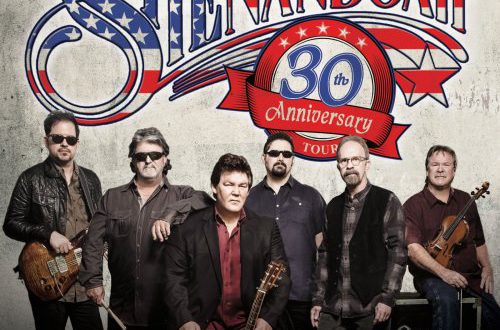 Legendary Country Group Announces First Round of Concert Dates for 2018 Tour Schedule
Due to popular demand, legendary GRAMMY® Award-winning country music group Shenandoah has announced an extension of its 30th Anniversary Tour into 2018. Today, the band unveiled its first round of live concert dates scheduled to take place next year as a continued celebration of Shenandoah’s three decades of music. A total of 21 extended tour concerts were announced with stops in Green Bay, WI, Bremen, GA, Hinton, OK, Lubbock, TX, Pigeon Forge, TN, Greenville, AL, and more.
“I still can’t believe it’s been 30 years since we started this journey,” notes Shenandoah’s Mike McGuire. “We could’ve never imagined back then that we would’ve lasted this long. A big ‘thank you’ to the unsung heroes that are the driving force in any career like ours, the songwriters. They gave us great material to record and other than Marty’s vocals, I believe that is the biggest ingredient that has afforded us this kind of longevity.”
Shenandoah frontman Marty Raybon adds, “It’s been great watching the crowds get larger and more energized. It allows you to believe and feel that what you’re doing is right. It’s not only a wonderful time in life, it’s a great place to spend it, in front of a multitude of people, friends and fans. I say load the calendar and bring on 2018!”
Last month, Shenandoah premiered a new song, “Noise,” on SiriusXM Prime Country, marking the group’s first single released to radio in 20 years. The track, available through BMG, and produced by Jay DeMarcus of Rascal Flatts fame, has critics raving and is quickly gaining traction at radio. The new song serves as a preview to an upcoming full-length album, currently scheduled for an early 2018 commercial release.
“Noise” is available for digital download now at iTunes, Apple Music, Amazon and Google Play. Digital review copies are available upon request.
Shenandoah’s 2018 30th Anniversary Tour kicks off January 12 is Palmetto, FL. Additional tour dates will be announced soon.