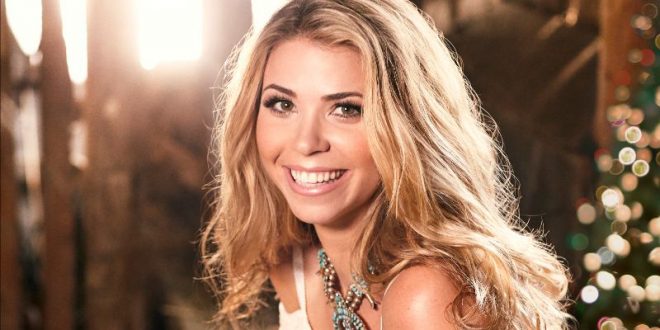 Inspired by her original holiday single “My Christmas Wish for You,” rising star Sandra Lynn spreads Christmas cheer to the Ronald McDonald House Charities of Nashville.

“Getting to tour Nashville’s Ronald McDonald House this week and see all the incredible ways this organization helps support families with a home away from home while they’re children are receiving critical medical care is absolutely touching and inspiring. I cannot thank everyone enough that donated towards RMH’s ‘Holiday Wish List’ this year, in hopefully helping to make Christmas just a little bit brighter for these families,” expressed Lynn.

Written by legendary, GRAMMY®-winning songwriters Linda Thompson (“Grown Up Christmas List,” “I Have Nothing”) and Richard Marx (“Right Here Waiting,” “Now and Forever”), the Christmas song’s hopeful message resonates with the organization’s mission to provide a home-away-from-home for families of critically ill children receiving inpatient or outpatient medical care at Nashville area hospitals.

On Monday, Dec. 9, Lynn returned to Song Suffragettes at the Listening Room Cafe for a special evening supporting the Ronald McDonald House Charities of Nashville. The powerhouse vocalist also performed “My Christmas Wish for You” at this year’s Nashville Christmas Parade, benefiting Monroe Carell Jr. Children’s Hospital at Vanderbilt, which houses Nashville’s first Ronald McDonald Family Room where families and friends of seriously ill children can enjoy a break from corridors and waiting rooms.

The up and comer debuted “My Christmas Wish for You” live last year at the historic Ryman Auditorium during the annual Christmas 4 Kids Concert and also performed it at her alma mater Pepperdine University’s Christmas concert with a live orchestra. The video, shot and directed by Tucker/Hess Productions using the California native’s real family footage, premiered on Country Rebel and aired on CMT.  GRAMMY®-winning engineer/producer Ben Fowler produced “My Christmas Wish for You” along with Lynn’s 2019 releases “Lose the War,” “Am I Just Dreaming” and “I Think of You.” The singles, which received national attention from outlets including Billboard, Parade and CMT, continued the second chapter of the relationship chronicle that Lynn kicked off with her debut Billboard Country Album Fight last year.

Music editor for Nashville.com. Jerry Holthouse is a content writer, songwriter and a graphic designer. He owns and runs Holthouse Creative, a full service creative agency. He is an avid outdoorsman and a lover of everything music. You can contact him at JerryHolthouse@Nashville.com
Previous Sheltered Music Signs Rodney Crowell
Next Warren Haynes Releases New Cut of Jason Isbell From Christmas Jam Live Album & Film