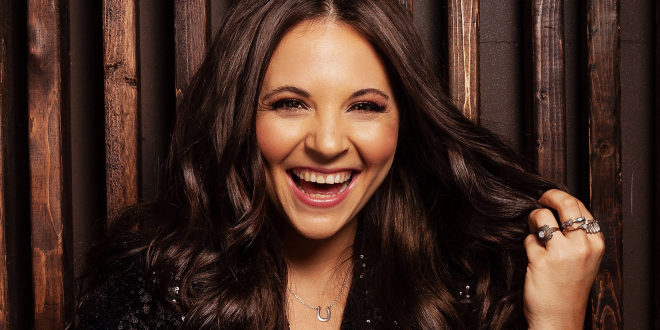 Described as New York’s own Urban-Country maven, Lauren Davidson is debuting her new single, “Compass” right here on Nashville.com. “I am so excited to get this second single off the Love Ain’t Fair EP out to you. We released the first single, “Love Aint Fair” on Valentine’s Day and Compass is part 2 of 5 songs that I have co-produced with Dave Ricco and Cristian Castro which is a first for me. This song is really different for me story-wise then anything I have ever written and released before. Relationships are hard and anything but easy and that’s where this song comes from. It’s about wanting to fight for love when things are tough no matter what the obstacles are – let love be your compass and guide the way”  said Davidson.

Growing up in a musical family, Davidson’s first co-writer was her own father. The two performed together during her childhood giving her a taste of the music business and she soon began making trips to Nashville on a regular basis. But Davidson has always stayed close to her roots performing at top-tier venues around NYC and even performed at Madison Square Garden for the sold out 2020 PBR tour.  The singer/songwriter also created the Urban Country Jam, which features emerging contemporary country artists. All the while she has made her energetic live show one of the best around which has given her the opportunity to share the stage with veteran performers like Justin Moore, Rodney Adkins, The Marshall Tucker Band and more.

Music editor for Nashville.com. Jerry Holthouse is a content writer, songwriter and a graphic designer. He owns and runs Holthouse Creative, a full service creative agency. He is an avid outdoorsman and a lover of everything music. You can contact him at JerryHolthouse@Nashville.com
Previous Kenny Chesney Tops All-Genre Billboard Top 200 Albums Chart
Next Grand Ole Opry Will Salute The Troops On Memorial Day Weekend