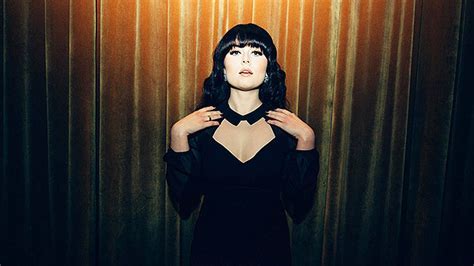 Ivory Layne may be young, but her music is that of an old soul. Layne started songwriting at age six but didn’t take serious interest until turning fourteen. She taught herself music production, working from her bedroom and posting demos online. In 2011, her work caught the attention of Grammy award-winning producer, Ed Cash. The two wrote, produced, and released her first EP, Volume One, in 2013. Shortly after, Layne moved from her hometown of Denver, NC, to Nashville, TN, to further her artist career.

With her prolific lyrics and distinct musicality, Layne was quickly signed to a publishing deal with LBK Entertainment, writing with top names in Nashville such as Jimmy Robbins, Shane McAnally, and Lori McKenna. Her sharpness in the writer’s room landed her two global ad campaigns featuring her second EP’s title track, “Something’s Gonna Happen” (2014), and gave her opportunities to collaborate with artists such as Andrew McMahon In The Wilderness (Zombies On Broadway). Between her own work and co- writes, Layne also found time for session singing on various projects such as Needtobreathe’s single, “Brother.” Her well-rounded skill-sets attracted the attention of superstar, Justin Timberlake, who signed Layne to his artist development company, Villa40, in 2015. Since signing, Layne has been hard at work crafting her next project in the studio and writer’s room. Her music has flavors of her influences–Peter Gabriel, Annie Lennox, Coldplay, and Imogen Heap, while also taking on a life of its own, an authenticity unique to Layne. Layne travelled to London to work with producer Liam Howe on new music, including her latest release Boy Loves Me. She plans to continue releasing music this spring.

Music editor for Nashville.com. Jerry Holthouse is a content writer, songwriter and a graphic designer. He owns and runs Holthouse Creative, a full service creative agency. He is an avid outdoorsman and a lover of everything music. You can contact him at JerryHolthouse@Nashville.com
Previous Jason Aldean To Receive ACM Dick Clark Artist Of The Decade Award
Next Indie Folk-Rock Troubadour Fate McAfee Drops Diesel Palomino