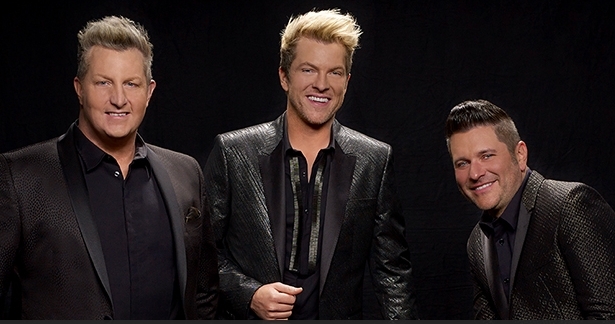 Rascal Flatts announced their stacked headlining SUMMER PLAYLIST TOUR today. Kicking off at two thirds of the group’s home state of Ohio with a stop in Cincinnati on 5/16, the trio revealed they will be curating a playlist of special guests to join them on the road this summer. Known for championing artists, Rascal Flatts has invited Lee Brice, Billy Currington, Jordan Davis, Jimmie Allen, Morgan Evans and LOCASH to join them on select dates along the way.

“We’ve been so fortunate on our journey to be able to have the best of the best new and established artists join us out on tour,” said Gary LeVox. “It’s been awesome to see those artists go on to such amazing successes. We’re excited this year to be able to have an awesome lineup of special guests, and we’re just ready to get back out on the road this summer. We can already feel that this tour is going to rock, come see it live!”

One band. Ten albums. Seventeen No. One hits. Over 27 million records. Time and success have only put Rascal Flatts closer to their core with expert musicianship, razor-sharp vocals and songs that have shaped lives, loves and the genre of country music itself. Known as one of the hottest-selling touring acts in any genre with over 10 million tickets sold, the trio’s new single “Back To Life” is currently ascending at Country radio and follows back-to-back chart-topping singles “Yours If You Want It” as well as “I Like The Sound Of That” (Big Machine Records). Rascal Flatts recently dropped a four-song EP, JUKEBOX as a surprise for fans, featuring special spins on their most-loved songs. The group has also earned over 40 trophies from the ACA, ACM, AMA, CMA, People’s Choice and more, also making them the most awarded country group of the past decade.

Music editor for Nashville.com. Jerry Holthouse is a content writer, songwriter and a graphic designer. He owns and runs Holthouse Creative, a full service creative agency. He is an avid outdoorsman and a lover of everything music. You can contact him at JerryHolthouse@Nashville.com
Previous Rising Star Gabby Barrett Releases “I Hope” Video
Next Bryan Wayne Releases “While You Wait”