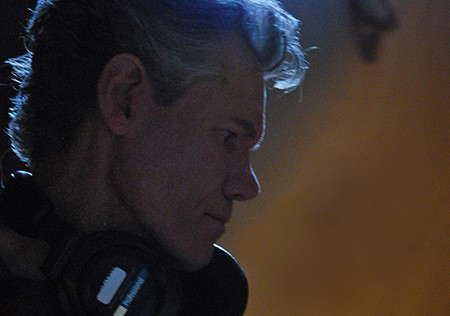 Country Music Hall of Fame member Randy Travis has long since marked his spot in music history as one of the truly timeless country icons. Now, he is putting his years of experience and golden ear to good use by shining a spotlight on new music he believes in and enjoys listening to. Diggin’ Up Songs new music spotlight is a multi-faceted digital campaign across Spotify, Twitter, Facebook and RandyTravis.com highlighting music curated by Randy Travis himself. The direct Spotify playlist can be accessed HERE.

“Though Randy may not be able to perform right now, his love and affinity for music stands strong. We like to say he is ‘singing a new song’ and spending his time giving back to the community and supporting fellow artists — streaming is a great new outlet to do just that,” said wife Mary Davis-Travis.

New songs will be added every two weeks, by Randy, and the first round was released today. In no particular order they include:

With lifetime sales in excess of 25 million, Randy Travis is one of the biggest multi-genre record sellers of all time and a recent inductee into the Country Music Hall of Fame class of 2016. His honors include seven Grammy Awards, 10 Academy of Country Music statuettes, 10 American Music Awards, two People’s Choice awards, seven Music City News awards, eight Dove Awards from the Gospel Music Association and five Country Music Association honors. In addition, three of his performances earned CMA Song of the Year honors, “On the Other Hand” (1986), “Forever and Ever Amen” (1987) and “Three Wooden Crosses” (2002). To date, he has 18 No. 1 singles, 29 top-10 smashes and more than 40 appearances in feature films and television shows to his credit. Ten of his albums are Gold Records. Eight are Platinum. Two have gone Double Platinum. One is Triple Platinum and another is Quintuple Platinum. In 2004, Randy was honored with his own star in the Hollywood Walk of Fame and is honored on the Music City Walk of Fame in Nashville, TN. He has been a member of the cast of the Grand Ole Opry since 1986. Since his near fatal stroke in 2013, with the help of his wife Mary and rigorous physical therapy, Randy continues to make improvements in his speaking, walking, and yes, singing.

Music editor for Nashville.com. Jerry Holthouse is a content writer, songwriter and a graphic designer. He owns and runs Holthouse Creative, a full service creative agency. He is an avid outdoorsman and a lover of everything music. You can contact him at JerryHolthouse@Nashville.com
Previous Alabama Announces 2018 “THE HITS TOUR”
Next YEAH! Announces Dates For Summer 2018 Rock Camps