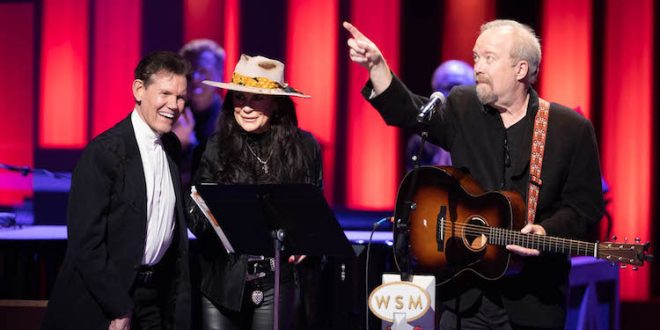 Randy Travis made a very special appearance at the Grand Ole Opry on Saturday night to celebrate his 35th Anniversary as a member. The Opry’s lineup for the evening included country music stars Jon Pardi, Old Crow Medicine Show, Carly Pearce and longtime Travis collaborator, Don Schlitz. The night only got sweeter when Warner Music’s Cris Lacy, Executive Vice President, A&R, and Brette Moseley, Catalog Manager, presented Randy with a plaque to commemorate the RIAA Gold, Platinum and Multi-Platinum certifications of more than 21 million combined copies of his Warner Music catalog along with recognizing his 1.6 billion global streams. Watch the segment on the Opry’s YouTube here.

Randy Travis was first introduced on the Grand Ole Opry stage by Little Jimmy Dickens in March of 1986 while still a cook at the Nashville Palace. After releasing his debut Storms of Life that Summer to major success, he was officially inducted as a member on December 20, 1986 at the age of 27.

Randy has had quite the year. Aside from celebrating this monumental occasion, Randy was named Artist of a Lifetime by CMT presented by Garth Brooks and Kane Brown and celebrated the 35th Anniversary of his debut LP, Storms of Life, with a remastered release featuring brand new songs from the vault.

Music editor for Nashville.com. Jerry Holthouse is a content writer, songwriter and a graphic designer. He owns and runs Holthouse Creative, a full service creative agency. He is an avid outdoorsman and a lover of everything music. You can contact him at JerryHolthouse@Nashville.com
Previous Dustin Lynch Scores His 8th Number One
Next Craig Campbell Duets With TikTok Phenom Warren Zeiders 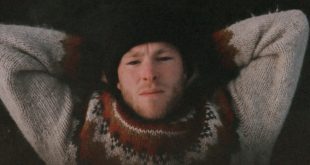 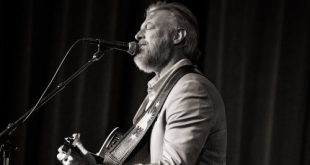