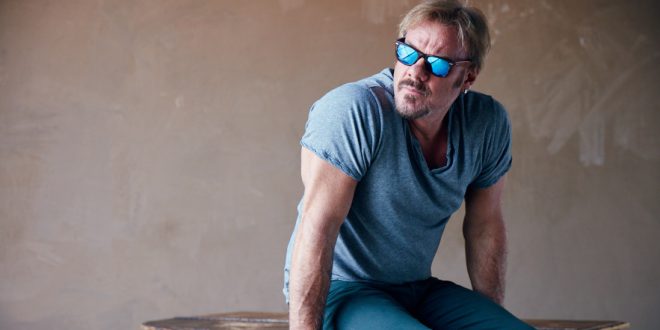 Phil Vassar Shows Some Love Exclusively For His European Fans

“I absolutely love playing in Europe as the fans seem to deeply appreciate your music and listen intently as you play,” said Vassar. “I’ve always wanted to a release a true singer-songwriter album to my fans in Europe so it’s a real honor to release one in anticipation of my UK tour.”

Look Back Forward is Vassar’s 11th studio album and includes his new single “Fall Crazy.” Vassar co-wrote ten of the eleven songs featured on the project, which meshes his undeniable songwriting, powerful vocals and soulful piano licks illustrating his growth as a writer, singer and musician. While writing and recording the album Vassar drew inspiration from an array of artists as wide ranging as Earth, Wind and Fire to Merle Haggard and The Beatles. The album also features a duet with rising country songstress Sarah Darling.

Vassar will be performing in the UK in April, performing songs off the new album as well as his many fan-favorite hits. The country hitmaker often taps into his audiences via social media for song requests throughout his more than 135 shows a year. Vassar’s reign of signature songs include 10 No. 1 singles and 26 Top 40 hits, including “Carlene,” “Just Another Day in Paradise,” “Six-Pack Summer,” “That’s When I Love You” and many more. Vassar was racking up hits on the radio long before he even began his own recording career that has seen the release of six albums, two ASCAP Songwriter of the Year trophies, ACM’s Top New Male Vocalist and sold-out shows across the country.

Music editor for Nashville.com. Jerry Holthouse is a content writer, songwriter and a graphic designer. He owns and runs Holthouse Creative, a full service creative agency. He is an avid outdoorsman and a lover of everything music. You can contact him at JerryHolthouse@Nashville.com
Previous Nashville Symphony Announces 2018 Curb Concerto Competition Winners
Next Lucas Hoge Pays Tribute To Garth In “Powerful” New Video