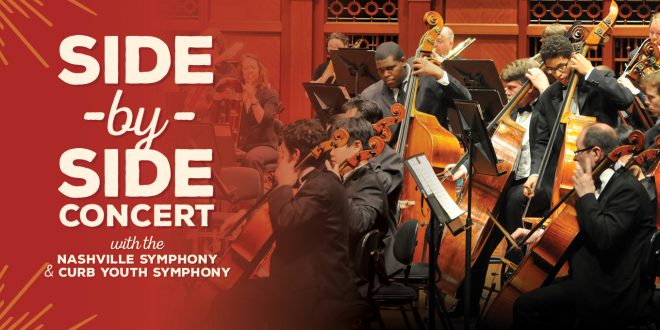 The Nashville Symphony has announced the winners of the 2018 Curb Concerto Competition, which annually distributes thousands of dollars in prize money to Tennessee students between the ages of 14 and 18. A total of 18 promising music students participated in this year’s competition, with the winners being selected following adjudicated performances at Schermerhorn Symphony Center on February 24-25.

An accomplished percussionist and vocalist as well, Yang is active as a performer and collaborator and has garnered numerous awards and recognitions. He is a seven-time winner of the Tennessee Music Teachers Association’s State Piano Competition (2011-2017), recently took home two awards at the 2018 Emory University Young Artist Piano Competition, and also earned first chair percussion in the 2017 All-State Band. Highlights of Yang’s extensive performance résumé include an appearance on WPLN’s Live in Studio C in the summer of 2017.

As the 2018 Curb Concerto Competition Grand Prize winner, Yang will receive $2,500 and two full subscriptions to Nashville Symphony’s Aegis Sciences Classical Series. He will also perform his winning selection at the Nashville Symphony’s annual Side-by-Side Concert with the Curb Youth Symphony on May 15 at Schermerhorn Symphony Center. (See below for more information on the Side-by-Side Concert.)

First runner-up in the competition was awarded to violinist Maggie Kasinger, an 11th grade homeschool student from Springfield, who will receive $1,000 and two partial subscriptions to the Aegis Sciences Classical Series. Murfreesboro pianist Joshua Stanczak, a 9th grader at Franklin Road Christian School, earned second-runner up and will receive $500 and a pair of Nashville Symphony concert tickets.

Third-runner-up honors were split between pianist Luke Turner and horn player Shawn Zheng, each of whom will receive Nashville Symphony concert vouchers.

One of 20 Nashville Symphony education and community engagement programs that reach and engage more than 60,000 Middle Tennessee children and adults every year, the Curb Concerto Competition is a key component of the organization’s mission to promote and support young musicians.

“The Curb Concerto Competition has spotlighted some of the best and brightest music students throughout Tennessee and beyond, and this year’s edition featured some truly remarkable talents,” said Walter Bitner, Nashville Symphony director of education and community engagement. “The Nashville Symphony is proud to play a part in shaping the future of classical music, and on behalf of our musicians and staff, I congratulate all of our 2018 Curb Competition winners and participants for their hard work and enthusiasm.”

Admission to the concert on May 15 is free and open to the public, but tickets must be reserved in advance. Visit NashvilleSymphony.org/sidebyside for more information and to reserve tickets.

The GRAMMY® Award-winning Nashville Symphony has earned an international reputation for its innovative programming and its commitment to performing, recording and commissioning works by America’s leading composers. The Nashville Symphony has released 29 recordings on Naxos, which have received 24 GRAMMY® nominations and 13 GRAMMY® Awards, making it one of the most active recording orchestras in the country. The orchestra has also released recordings on Decca, Deutsche Grammophon and New West Records, among other labels. With more than 140 performances annually, the orchestra offers a broad range of classical, pops and jazz, and children’s concerts, while its extensive education and community engagement programs reach 60,000 children and adults each year.