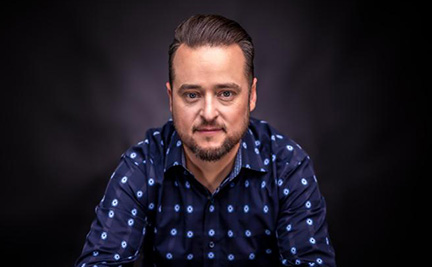 Paul Cardall To Perform Free Concert To Support The Contributor

The award-winning pianist and composer Paul Cardall has announced that he will perform a free concert in support of Nashville’s much beloved street paper The Contributor. Cardall has invited those who sell the paper, along with their families, and the event is also open to the public. It will be held at the Downtown Presbyterian Church on December 19 at 7:00PM.

Special guests joining Cardall on stage include contemporary Christian artist Matt Hammitt, and Pastor TJ Timms of Immanuel Nashville will do a reading of Luke II.
“I really admire the good work that’s being done at The Contributor,” commented Cardall. “I had a family member who was homeless. I believe that people are struggling and that music helps. Cathy Jennings and her team are phenomenal people. We met earlier this year when I decided to drop off some t-shirts at their main office. Not long after that I decided I wanted to do something meaningful for the employees and their families, so I decided to host this concert and invite my friends Matt Hammitt and TJ Tims to join me. Matt is somebody who understands what poverty means spiritually and physically. I think it will be a special evening of holiday music during an important time of year.” 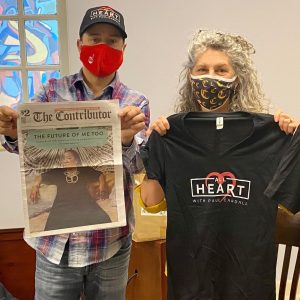 Cathy Jennings, the Executive Director of The Contributor commented, “Paul’s music is a gift and we are thrilled to join with him, especially because of the hard years we’ve all been through, to offer this gift of peace and love this holiday season. Overcoming obstacles and joining together as a community is what The Contributor is all about.”

One of the biggest streaming artists of our time, Paul is a Dove Award-winning pianist, composer and producer, whose music has been streamed over 3 billion times. He has had 11 #1 Billboard albums, and is one of the highest streamed artists in the world with 30 million monthly listeners from more than 160 countries and has 2.8 million subscribed fans to his various social media platforms. His new album December will be released this Friday, December 3. Earlier this year Cardall released a joint album/book project titled The Broken Miracle, featuring special guests including David Archuleta, Tyler Glenn (Neon Trees), Ty Herndon, Rachel Yamagata, Thompson Square, Matt Hammit and many others. The Broken Miracle chronicles his life dealing with a congenitally defective heart, through his transplant 12 years ago. Cardall is also the host of a successful podcast, All Heart, and a YouTube series All Heart Adventures, featuring Cardall in various “bucket list” scenarios–living his life to the fullest, with gratitude and appreciation.

Music editor for Nashville.com. Jerry Holthouse is a content writer, songwriter and a graphic designer. He owns and runs Holthouse Creative, a full service creative agency. He is an avid outdoorsman and a lover of everything music. You can contact him at JerryHolthouse@Nashville.com
Previous Keith Urban Make Surprise Visit To Hillwood High School
Next LISTEN: Walker Hayes “AA”