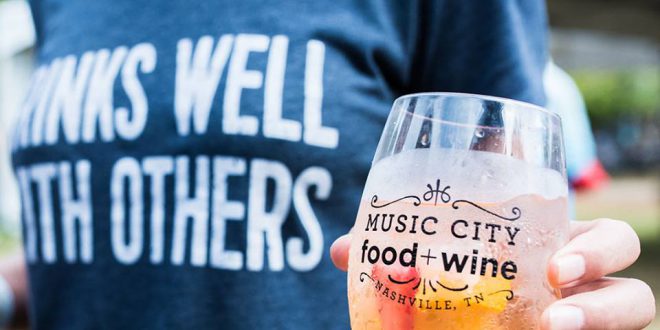 with Shane Batchelor and Eric Melvin of Gray & Dudley Restaurant 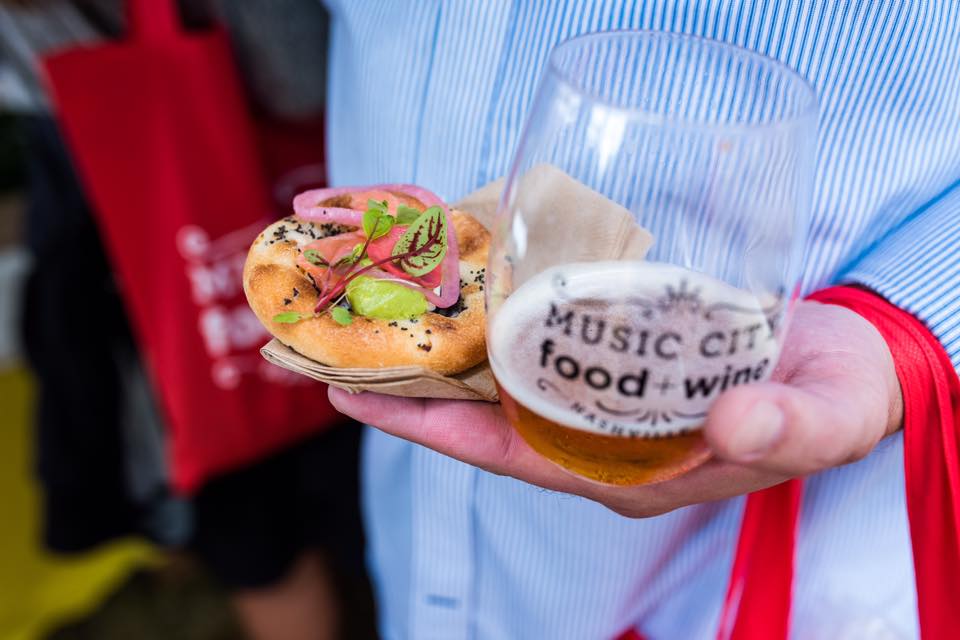 Preston, great grandson of iconic bourbon maker Julian P. “Pappy” Van Winkle, will join forces with Shane Batchelor and Eric Melvin of Gray and Dudley restaurant, located in the 21c Museum Hotel, to host an intimate tasting in the Grand Taste Pavilion showcasing the versatility of Van Winkle bourbons.  Preston will lead attendees through a tasting of neat pours of his family’s bourbon as well as cocktails handcrafted by Shane and Eric from Gray and Dudley restaurant, featuring different aged bourbons from the Old Rip Van Winkle Distillery.

“I’m thrilled to be participating in Music City Food + Wine again,” says Preston Van Winkle.  “It’s such a fun and well-run event with so many talented chefs, wine & spirits experts and artisans. I am especially excited to be working with Shane and Eric to showcase how versatile bourbon can be in a cocktail.  The better the ingredients, the better the cocktail!  I think attendees will be quite impressed by their creations while also getting to sample some of my family’s older expressions neat.”

This intimate tasting of bourbons from the Van Winkle family’s portfolio will be accessible to All-In and SaturdayTicketholders only, and attendees will be selected at random from a pre-registered list to experience this limited-seating tasting. In order to receive further details for access to this event, All-In and Saturday Tickets must be purchased by 12:00 midnight CT on September 7.  On September 8, All-In and Saturday Ticketholders will receive an email from the Festival with detailed instructions on how to register for a chance to be randomly selected for the tasting.

Music City Food + Wine Festival will randomly select ticket holders to take part in this limited-capacity experience, held in the Tasting Sessions Tent on Saturday, September 16, from 1:45 – 2:15 p.m.  Attendees will be notified in advance and entrance to the tasting will require a non-transferable credential.

The Old Rip Van Winkle Distillery has a four-generation history. The Van Winkle family’s involvement in the bourbon industry began in the late 1800s with Julian P. “Pappy” Van Winkle, Sr., who was a traveling salesman for the W.L. Weller and Sons wholesale house in Louisville, traveling around the state by horse and buggy.  Pappy and a friend, Alex Farnsley, eventually bought the wholesale house and also purchased the A. Ph. Stitzel Distillery, which made bourbon for Weller.  They merged the two companies and became the Stitzel-Weller Distillery. Their prominent brands were W.L. Weller, Old Fitzgerald, Rebel Yell, and Cabin Still.

After selling the distillery, Julian, Jr. resurrected a pre-prohibition label, the only one to which the Van Winkles kept the rights: Old Rip Van Winkle.  He used whiskey stocks from the old distillery to supply his brand.  Julian Jr.’s son, Julian, III, took over in 1981 when Julian, Jr. passed away and he has continued with the Van Winkle tradition of producing the highest quality wheated bourbon available. His son, Preston, joined company in 2001.

Recently, the Van Winkles entered into a joint venture with Buffalo Trace Distillery in Frankfort, KY.  All of the Van Winkle’s whiskey production now takes place at Buffalo Trace under the same strict guidelines the family has always followed in order to produce a superior quality product.

Additional programming announcements will be made throughout the summer and fall. For Music City Food + Wine Festival news, please visit: http://www.musiccityfoodandwinefestival.com.

Harvest Night Ticket ($275 per person) is available as a stand-alone ticket option for Saturday evening, September 16.  Located at the Walk of Fame Park in downtown Nashville, Harvest Night brings together signature dishes from nearly 20 world-renowned chefs from Nashville and across the country with a live musical performance from award-winning steel pedal guitarist Robert Randolph.  Mix and mingle with the nation’s brightest culinary stars and enjoy their best dishes.

We’ve given Gospel Brunch ($85 per person) its own day on Sunday, September 17, and tapped a stellar lineup of chefs to prepare their Sunday best at Walk of Fame Park: Southern classics, creative brunch fare, and everything in between. Get a jump-start on the day with eye-opening cocktails, wine, coffee, and a spirited live gospel brunch performance.

For media credentials, please fill out the online application here:

FOOD & WINE is the ultimate authority on the best of what’s new in food, drink, travel, design & entertaining. Our insider intelligence can be found in every issue of the magazine, on foodandwine.com, across our social media platforms and at events like the world-famous FOOD & WINE Classic in Aspen. No matter what the medium, FOOD & WINE is the go-to-guide for adventurous epicureans, and a leader in our category.

We love to give back to our amazing visitors at Nashville.com. If you’ve never been …