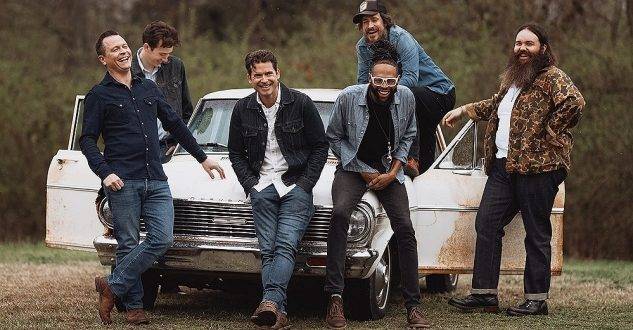 Old Crow Medicine Show have announced their return to the famed Ryman Auditorium stage in Nashville for their 15th annual New Year’s Eve show on December 31. Tickets are on sale this Friday, July 22, with an artist presale beginning on Tuesday, July 19 at 10:00 am.

“I’m over the moon about this year’s New Year’s bash at the Ryman,” shared Ketch Secor. “After 14 consecutive seasons of ringing in the new year from the stage of the world-renowned Mother Church of Country Music, our band has figured out a few secrets to throwing a great party in Downtown Nashville. Every year proves to be something bigger and better and even as we close in on our second decade of year-end Ryman performances, we’re still humbled every time we set foot in the place. It’s just plain holy ground. What better place to start anew at the stroke of midnight, January 1?”

Earlier this spring, Old Crow Medicine Show released their seventh studio album Paint This Town, which just hit #1 on the Americana Radio Albums Chart, earning the band’s 10th career #1. The album also debuted at the top of Billboard’s Bluegrass Albums Chart, passing Steep Canyon Rangers for the most #1s in the chart’s history.

Music editor for Nashville.com. Jerry Holthouse is a content writer, songwriter and a graphic designer. He owns and runs Holthouse Creative, a full service creative agency. He is an avid outdoorsman and a lover of everything music. You can contact him at JerryHolthouse@Nashville.com
Previous LeAnn Rimes Teams Up With Mickey Guyton & Sheila E.
Next WATCH: Alana Springsteen’s “Trust Issues”