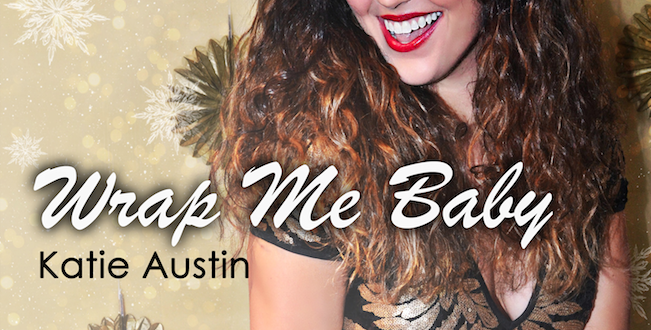 With the holidays around corner, Katie Austin is no stranger to the upcoming hustle and bustle. This year she was a top five finalist in the national Folgers Jingle Contest in which she co-wrote a jingle called, “Rise And Shine”. With that momentum, Katie Austin isn’t taking a break for the holidays just yet! Today she celebrates the digital release of her original, upbeat Christmas song, “Wrap Me Baby,” available now on iTunes, Spotify and digital retailers.

2017 has proved to be an exciting year for the budding talent. Shortly after the Folgers contest ended, Austin released her breakout single “Broken Record”and chose to enter it into the national Nash Next competition which was affiliated with NASH FM, Cumulus Media, Big Machine Label Group and Country Inns and Suites. After several months and rounds of the competition, which included fan participation and live performance judging, she scored herself a spot in the top ten finals judged by Kix Brooks of Brooks & Dunn, Songwriter Hall Of Fame writer Desmond Child, chart-topping entertainer Brantley Gilbert, Big Machine Label Group’s president/CEO Scott Borchetta and Cindy Watts of the Tennessean.