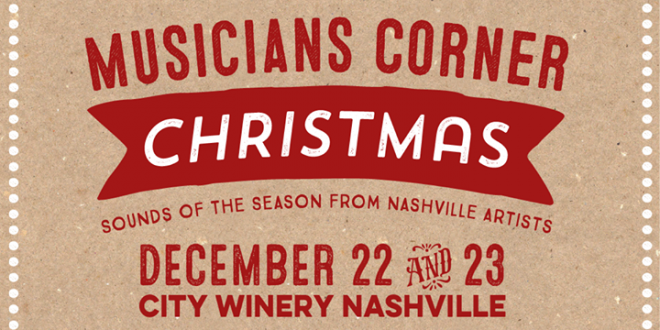 Tickets are $20, $25, $35 and $45, and can be purchased here. Proceeds underwrite Musicians Corner’s free music events in Centennial Park.

Last year, Musicians Corner held their first sold-out Holiday concert at City Winery. Past fundraiser concerts include 2017’s Band Together: Classic Songs From Music City, and 2016’s Band Together: 1989, a celebration of the year in music and the Taylor Swift album, which was endorsed by Taylor Swift and reviewed in Billboard.