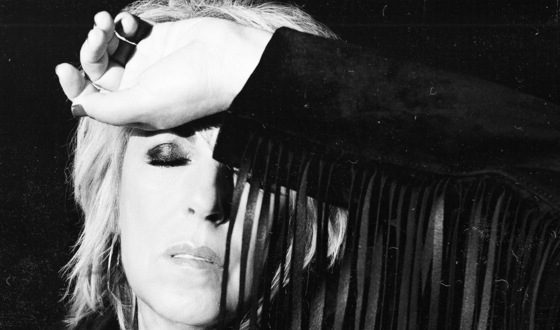 Lucinda Williams Is Back With “Good Souls Better Angels”

On April 24th, three-time Grammy Award winner Lucinda Williams unabashedly takes on some of the human, social and political issues of our day with her boldest and most direct album to date, Good Souls Better Angels . During the course of her four-decade, pioneering career Williams has never rested on her laurels as she continues to push herself as a songwriter. On Good Souls Better Angels, she has much she needs to get out.

In 2014 and 2015, Williams released two critically acclaimed double albums back to back with Down Where The Spirit Meets The Bone and The Ghosts Of Highway 20, respectively. Both releases found her experimenting with arrangements, vocals, song structure and personal subject matter. On Good Souls Better Angels, Williams changes course and chooses to forgo the personal and narrative-based songcraft that has become synonymous with her name and instead speaks to some of the injustices permeating our society. The new songs cut straight to the core with frank and honest commentary on domestic abuse (“Wakin’ Up”), the constant barrage of news (“Bad News Blues”), the dangerous, quick to judge and convict aspects of social media (“Shadows & Doubts) and the haunting reality of the “Man Without A Soul”.

Williams recorded Good Souls Better Angels backed by her remarkable, long time band, featuring Butch Norton (drums), Stuart Mathis (guitar) and David Sutton (bass). The rock-solid unit propels the music with both fire and finesse, particularly on the raw blues number “You Can’t Rule Me”, which kicks off the album with equal parts attitude and swing.

Good Souls Better Angels also features some of Williams’ most intimate and up front vocals on record. She addresses the pain of depression on the achingly beautiful “Big Black Train” and tenderly delivers a poignant song of hope with “When The Way Gets Dark”. She encourages us to push forward on the path of promise and perseverance on the deeply soulful and moving album closer “Good Souls”.

Good Souls Better Angels marks the first time Williams’ husband/manager Tom Overby is credited as a co-writer on many of the new songs. The album was co-produced by Williams, Overby and Ray Kennedy, who last worked with Williams on her 1998 landmark album Car Wheels On A Gravel Road.

Music editor for Nashville.com. Jerry Holthouse is a content writer, songwriter and a graphic designer. He owns and runs Holthouse Creative, a full service creative agency. He is an avid outdoorsman and a lover of everything music. You can contact him at JerryHolthouse@Nashville.com
Previous Aubrie Sellers Releases New Single “Lucky Charm”
Next “Bluebird” To Premiere On CMT February 19th