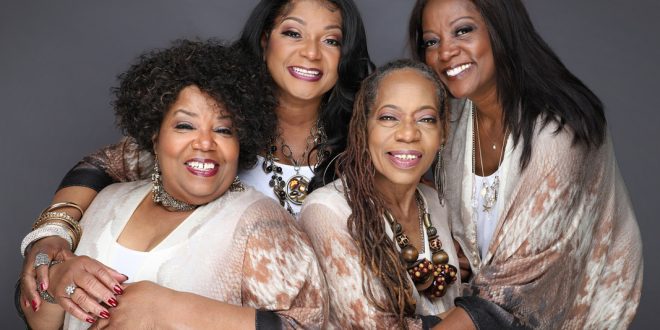 LISTEN: McCrary Sisters’ “Shake It Off,”

Since releasing their recording of “Amazing Grace” in 2021, The McCrary Sisters have lost two members of their legendary family: sister Deborah, and brother Sam, Jr. In the spirit of healing, the iconic group will release two new tracks featuring some of Deborah’s last recordings: “Shake It Off,” out now, and “Run On,” out September 2.

Written by Regina McCrary and Ann McCrary, “Shake It Off” aims to encourage — to see beyond the immediate challenge to the big picture, to rest assured there is always a way out and a way through.

“I’d just left church and was on the interstate driving home feeling good,” says Regina. “Someone cut me off and flipped me the bird. And I thought, ‘I have to shake it off.’ Sometimes we get off balance. I realize one of my weaknesses is road rage. I have to catch myself. I have to shake that off. It can happen anytime. You try to be nice to somebody and they get all arrogant and rude, you have to take the upper road.”

On September 2, The McCrary Sisters will release “Run On,” a traditional song with a karmic theme. Ann shares, “When I was a child, my Daddy would always say ‘Don’t worry about it — God’s gonna get ‘em.’ I get scared with things going on in the world. There’s nothing I can do personally sometimes, but I know God will take care of it. I might not see it or hear about it, and that’s okay.”

In addition to the renowned voices of Regina, Ann, Alfreda, and Deborah, “Run On” features vocals from Allen McCrary (one of the Sisters’ beloved brothers).

“Her voice and presence shall be greatly missed,” Alfreda shares. “Deborah was so funny — I’m so honored and blessed that God let me have her for my sister. It’s an awesome feeling when you know someone loves you! Deborah would always say that it was a blessing to be able to sing with her sisters, and we feel the same.”

Music editor for Nashville.com. Jerry Holthouse is a content writer, songwriter and a graphic designer. He owns and runs Holthouse Creative, a full service creative agency. He is an avid outdoorsman and a lover of everything music. You can contact him at JerryHolthouse@Nashville.com
Previous Barbara Mandrell Celebrates 50 Years As Opry Member
Next Jake Owen Scores His 10th Number One Song