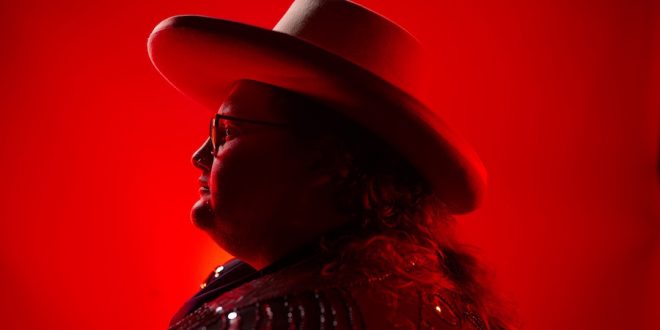 Joshua Ray Walker turns the lens on himself and the results are emotionally devastating. On his latest single “Flash Paper”, Walker pens an ode to his late father, who died late last year after a long battle with lung cancer.

“My dad had a four-year battle with lung cancer and passed away in November,” Walker explains. “Before he died, he gave me a cigar box full of notes and cards and lots of random little things, like a ribbon from a reading competition from when he was in elementary school. He also put in a flash drive with a video he’d recorded, which he told me not to watch until Christmas. My dad was from East Texas and kind of a good-old-boy type, and the video was really vulnerable for him. Some of it was similar to things he’d said over the years, as he dealt with his illness and the two of us grew closer, but that song’s mostly about me wishing I’d heard more of those things while he was still here.”

With its untethered textures and beautifully sprawling guitar tones, “Flash Paper” bears a mesmerizing quality that magnifies its raw emotion. “That was definitely the hardest one for me to write on the album—I broke down multiple times in the process,” says Walker, whose voice slips into an achingly tender howl at the chorus. The final track recorded for See You Next Time, it’s also one of several songs that Walker penned in the dead of night, while his home was undergoing massive reconstruction following the rupture of a hot-water pipe. “Half my house was torn apart, and I was living at an extended-stay hotel, but I couldn’t get any writing done there,” he says. “I didn’t want to move back the recording sessions, so I ended up going back to my house late at night and staying up for hours to finish some songs. I remember thinking at the time that it was pretty depressing—writing at 4 a.m. in this torn-apart house with no furniture and no heat in the middle of winter—but looking back, I think it’s good that I was forced to be totally alone and just think.”

On his new album See You Next Time, out October 8th via State Fair Records, Walker shares an imagined yet truthful portrait of a brokedown honky-tonk and the misfits who call it home: barflies and wannabe cowboys, bleary-eyed dreamers and hopelessly lost souls. His third full-length in three years, the album marks the final installment in a trilogy that originated with Walker’s 2019 debut Wish You Were Here and continued with last year’s breakout Glad You Made It, which No Depression declared “an album that outshines expectations for what country music can, and should, sound like.”

Walker performs at AmericanaFest in Nashville this week, playing a whopping eight shows in four days, and next week. Look for him at Ernest Tubb Record Shop, 3:00pm and
Jonathan Tyler’s The Dance @ Basement East – 9:00pm on September 22.

Music editor for Nashville.com. Jerry Holthouse is a content writer, songwriter and a graphic designer. He owns and runs Holthouse Creative, a full service creative agency. He is an avid outdoorsman and a lover of everything music. You can contact him at JerryHolthouse@Nashville.com
Previous Gibson Guitar Gives $300,000 Donation To Nashville Public Schools
Next 2021 Americana Honors & Award Winners