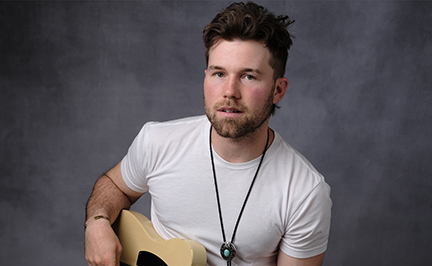 Singer, songwriter and guitarist Johnny Day raises a toast to getting over a relationship with “Every Beer Every Bar” Feat. Zack Dyer. Written by Dyer, Morgan Evans and Lindsay Rimes. (Listen above)

Day recently premiered a first listen to the “rowdy tune about attempting to drown a heartache during a night out on the town (Bobbie Jean Sawyer).”

“I met Zack through my producers, The 720 (Jarrod Ingram and Blake Hubbard). I heard his voice on a couple demos and loved it. It’s an honor to have him on this track,” shared Day.

“I wrote ‘Every Beer Every Bar’ with Morgan Evans and Lindsay Rimes over Zoom in 2020. We felt like it was a hit for someone, so I’m stoked it found its way to a talented dude like Johnny. AND getting to feature on it with him too is the icing on the cake,” added Dyer.

“Every Beer Every Bar” is the next single from Day’s debut record produced by Warner Chappell’s GRAMMY®-nominated duo The 720, Jarrod Ingram and Blake Hubbard, known for Mickey Guyton’s “Remember Her Name.” This release follows Day’s latest singles, “Left Hand Heavy” and “Wild,” which were also produced by The 720.

Born in Kersey, Colo., Day taught himself how to play guitar like Brad Paisley in high school and started working in the oilfield as a means of supporting his passion for music. After moving to Nashville, he continued to travel back to Colo. to work in the oilfield up until last month. As his hometown newspaper noted, “From the oilfields to the country music stage,” Day is “making a name for himself in Nashville (Greeley Tribune).”

Music editor for Nashville.com. Jerry Holthouse is a content writer, songwriter and a graphic designer. He owns and runs Holthouse Creative, a full service creative agency. He is an avid outdoorsman and a lover of everything music. You can contact him at JerryHolthouse@Nashville.com
Previous Jimmie Allen Releases Tulip Drive
Next Kip Moore Announces “Fire On Wheels” Tour