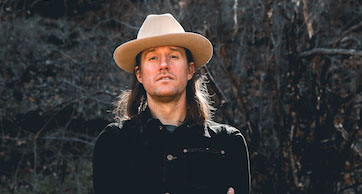 Country singer and songwriter, Charles Johnson, released a brand new single, ”Coyote” earlier this month. Written by Johnson with Molly Brown, this song is a very personal one about loneliness, addiction and the other demons many artists struggle with while pursuing a career in the entertainment industry. Already garnering thousands of streams since its release, Charles’s genre-bending sound with country, Americana and southern rock influences appeals to fans of all audiences. Listen to “Coyote” above.

I’m out here howling, up on my mountain
Looking down a lifetime of going rogue
If I keep killing all I believe in
It’s sure as shit gonna get lonely
Hey, coyote

“Coyote is the first single off my new project. I wrote the song with Molly Brown and it was produced by Kyle Schlienger. It’s about being an outsider, looking at the person in the mirror, getting sober, and seeking redemption. It can be hard to find your place as an artist in this business. The song is an ode to that lonely struggle. Sometimes, you have to GO ROGUE to find your voice,” says Johnson.

Originally from Oakland, California, Charles has toured the country independently multiple times and has released three EP’s in his career. “Coyote” is the first release from an upcoming, project from Johnson.

Music editor for Nashville.com. Jerry Holthouse is a content writer, songwriter and a graphic designer. He owns and runs Holthouse Creative, a full service creative agency. He is an avid outdoorsman and a lover of everything music. You can contact him at JerryHolthouse@Nashville.com
Previous Ray Stevens’ CabaRay Showroom Set For 2022 Season
Next Bonnaroo Announces Camping Plaza Lineups