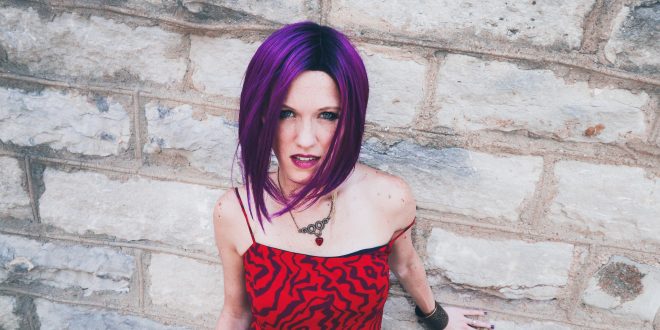 Nashville-based singer/songwriter Laura Rabell is exclusively premiering her new single “The Highway”  today on Nashville.com. Listen above. A cross between Kacey Musgraves and Miranda Lambert might be a good description of Rabell’s style. She’s more at home in an East Nashville bar than she is at a touristy writer’s round downtown. On February 22, 2019, Laura Rabell was in the studio working on background vocals for song called “Ride the Wolf” with friend and collaborator Kristen Cothron and producer Dave Coleman. But in the middle of wrapping up overdubs for her debut album, she found it difficult to focus—Rabell had just had a biopsy, and she was waiting on the results.

“I couldn’t sleep the night before the session, so I decided to get up and do something productive,” recalls the Nashville-based singer/songwriter and alt-country artist. “Dave had sent me rough mixes with a suggested tracklist, so I got everything in order and pressed play on the album for the first time. I was so excited to hear that it finally existed. All of my dreams were coming true. But as soon as the second song started playing, my heart sank. I thought, ‘Wait, this isn’t real life. No one gets to be this happy. I’m going to find out I have cancer today.’ And sure enough, 12 hours later, not long after I got home from the studio, the doctor called me with the news.”

In the midst of her very own tragicomedy, the former musical-theater student pressed on, mustering all the strength she could, finishing mixes for her album just in time to put it on the shelf where it would wait impatiently while she endured two surgeries and four rounds of chemo. Now, a year later, Rabell is cancer free and gearing up for Immortal’s release. “Stressful as that time was,” she says, “working on the record, and having the album launch to look forward to was absolutely my oxygen. Just knowing—I have work to do and music to put out into the world—helped me get through the darkest days of dealing with cancer.”

“Just before I moved to Nashville, I was visiting regularly. My husband’s grandmother insisted that I look up her old friend Charlie McCoy, legendary Nashville cat and Country Music Hall of Famer. Charlie took my husband and I out to lunch and regaled us with jaw-dropping stories like teaching Johnny Cash how to play “Orange Blossom Special” on harmonica and Elvis showing off karate moves in the recording studio. Over the last 60 years, Charlie has worked with just about everyone, starting with Chet Atkins and Owen Bradley, he was musical director of Hee-Haw for almost 20 years, and he’s still going strong. And now everybody can read these stories in Charlie’s new memoir, 50 Cents and a Box Top.

When I asked for his advice, Charlie encouraged me to make the move to Nashville. “If you love music,” he said, “you won’t regret it. You’ll be in good company.” And he was right.

Needless to say, I had to pinch myself when he agreed to play on my album. His harmonica parts are featured prominently on “The Highway” and another song called “Coal Train Heart.” And since he happened to have his vibraphone in the car, we added that to the title track, “Immortal,” and “The Highway,” too. He’s used the same vibraphone for the last 40 years.

I’ve never met anyone so talented who is as kind and humble as Charlie. One time in the studio when I tried to defer to his opinion over mine, he said, “Oh, no, it’s all about your creative vision—you’re the picture, we’re just the frame.”

When I was in the middle of cancer treatment last year, my band played a show at The 5 Spot, and Charlie jumped on stage and played the whole set with us. I’ve never smiled so much. Especially when he and my record producer, Dave Coleman, traded solos during the musical break. Live, it sounded just like the album. Charlie’s a musician I’ve been hearing on records my whole life. He played on George Jones’ “He Stopped Loving Her Today” for crying out loud! I still cry when I hear that song! He is truly a living legend. I’m always enthralled by his stories and I’m so grateful any time I get to hear him play.

Immortal is self-released through her own label, Rabell Creative. Find out more about Rabell here.

Music editor for Nashville.com. Jerry Holthouse is a content writer, songwriter and a graphic designer. He owns and runs Holthouse Creative, a full service creative agency. He is an avid outdoorsman and a lover of everything music. You can contact him at JerryHolthouse@Nashville.com
Previous Darrell Scott To Release Live Version Of ‘A Satisfied Mind’
Next WATCH: Caroline Jones’ “What a View”