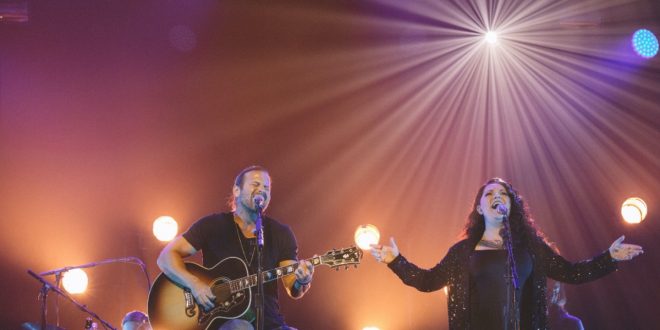 Kip Moore released his enhanced record “Wild World Deluxe” on Friday and to celebrate he took his fans to the The Ryman in Nashville, TN both in person as part of a sold-out socially distanced show, as well as virtually via a global livestream. Moore kept fans on their toes during his 26-song set that featured songs and insight into each of his four studio albums to date, performed chronologically through the evening. Once Moore reached his most recent record WILD WORLD, he upped the ante inviting friend and four-time GRAMMY nominee Ashley McBryde to the stage for an unforgettable collaboration on “Janie Blu.” The show also benefitted ACM Lifting Lives, with $1 from every ticket sold being donated to the cause.

“Wild World Deluxe” offers fans four new tracks, totaling 17 songs on the collection that enhances Moore’s fourth studio album released in May 2020. Ahead of its release, Moore gave fans a taste of the new songs releasing “Don’t Go Changing” and “How High.”

Moore first splashed into the mainstream with the double-PLATINUM No.One “Somethin’ ‘Bout a Truck” in 2012, then followed up with three more best selling No. Ones (“Hey Pretty Girl,” “Beer Money” and “More Girls Like You”).

Music editor for Nashville.com. Jerry Holthouse is a content writer, songwriter and a graphic designer. He owns and runs Holthouse Creative, a full service creative agency. He is an avid outdoorsman and a lover of everything music. You can contact him at JerryHolthouse@Nashville.com
Previous “Copper Tears” Coming From John Scott Sherrill This Spring
Next WATCH: Greta Van Fleet’s “Heat Above”