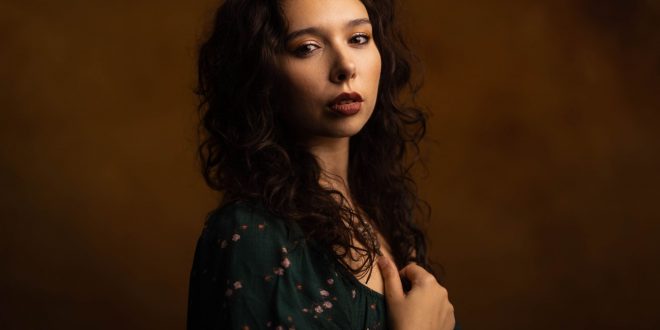 Nashville based, Indiana raised Americana artist Kiely Connell blends working-class Rust Belt grit with Southern charm. On her debut LP, Calumet Queen, Connell pays tribute to her hometown near the Calumet River that shaped her personality while reflecting on the struggles one must endure to thrive in a harsh and often isolating world. “A lot of the songs on this album are about overcoming my struggles with depression and anxiety,” says Connell. “But it’s also a collection of stories about self-medicating with alcohol, and things I’d been observing in people close to me.”

Throughout Calumet Queen’s ten tracks, Connell plumbs the depths of Americana influence, combining breezy indie-folk with heavy swamp rock & roadhouse country twang. All of the tracks are supported by her dynamic vocals and poetic lyricism in a style that has been described as “Western Gothic.” Song to song, Connell’s sound is beautifully restrained, never overproduced or bombastic in its presentation, a product of Connell’s steadfast vision and confidence in her songwriting.

To record Calumet Queen, Connell teamed up with her longtime collaborator & guitarist Drew Kohl as well as producer Don Bates, recording live out of Bates’ home studio to preserve the spirit in which the songs were written. To round out the sessions, Connell brought in drummer Taylor Jones, bassists Jess Perkins and Cameron Carrus, steel guitarist John McNally, cellist Chris Perdue, and fiddle player Lauren Saks. “We recorded everything live in Don’s house, mostly with me and Drew in the same room, and then we’d only dub in things like cello or steel guitar,” says Connell. “I wanted the record to sound how I sound at my shows. I feel like because a lot of my songs are very personal, it’s something that I don’t feel like I can capture emotionally if I hadn’t been just playing it all with my guitar and my friends.”

Calumet Queen kicks off with its title track, a jangling Americana track that showcases Connell’s expressive vocals as she likens her life’s path to the river she long called home. The calumet river flows through an industrial area and despite man’s best efforts to contain it, it follows its own course. The upbeat, triumphant atmosphere of “Calumet Queen” stands out in the context of the record as it lures listeners into a false sense of calm before shifting towards the darker content of the rest of the album, paralleling the unpredictable nature of the Calumet River itself.

The bluegrass-tinged “Clear My Mind,” explores abusive relationships and the cycles of fear and manipulation that keep victims from being able to escape. Meanwhile, “Blues That Really Burn,” serves as an intimate, moving portrayal of a depressive episode after working so hard to pull yourself out of the last one. “It’s frustrating to know that depression isn’t something you can really control,” says Connell. “Sometimes you find yourself back in certain situations and are frustrated with yourself because you finally got to a point where you felt like you were going to be okay, and then you’re knocked right back where you started again.”

Elsewhere on the album, the roadhouse country ballad “Nobody’s Business But Mine” takes an honest look at self-medication and society’s voyeuristic obsession with those who are struggling with alcohol abuse. “People love to judge you when they have no idea what you’re going through,” says Connell. “You can be self-aware that you’re at a low point, but everyone around you makes it worse by judging and looking down on you.”

The Celtic-tinged indie-folk track “Disappear” closes out Calumet Queen with a vivid portrayal of the overwhelming, spiraling thought patterns that accompany a panic attack, Connell’s somber poetry and brooding vocals spinning terror into beauty as she sings, “I’m not afraid to die, I’m afraid to disappear” in the album’s final moments.

Although Calumet Queen is Connell’s first LP as a solo artist, her musical journey began shortly after birth. Her mother, a professional singer and actress, taught Connell to recognize and repeat melodies as an infant, a head start that found Connell leading church choirs throughout her childhood. As a teenager, Connell picked up her first guitar from a pawn shop and immediately set to work, first learning Dolly Parton’s “Jolene” before beginning to write songs of her own, honing a craft that would ultimately lead her to Nashville to embark on a solo career.

With Calumet Queen, Connell officially enters the next phase of her career, establishing herself as an emotionally resonant lyricist with an exceptional, unique vocal delivery that sets her apart from the sea of modern Americana artists. It’s only a matter of time before Connell claims her crown.

Music editor for Nashville.com. Jerry Holthouse is a content writer, songwriter and a graphic designer. He owns and runs Holthouse Creative, a full service creative agency. He is an avid outdoorsman and a lover of everything music. You can contact him at JerryHolthouse@Nashville.com
Previous Lainey Wilson Goes Straight To The Top
Next Newsboys Celebrate Double Platinum Certification