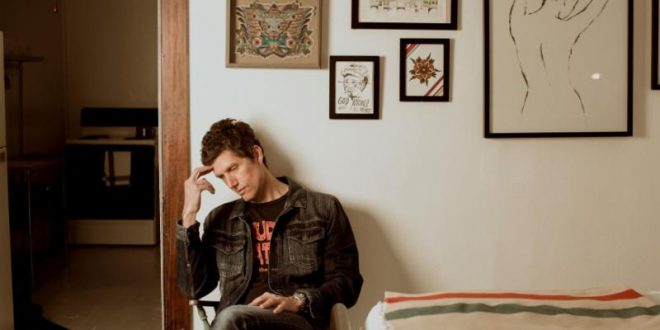 Better Than Ezra frontman, award-winning songwriter, and Pilgrimage Festival co-founder Kevin Griffin has finally decided to write and record his first full-length solo album Anywhere You Go. Buoyed by minimal production, sweeping vocal harmonies, and narrative lyricism, he’s penned some of his most intimate, inimitable, and irresistible tunes to date.

“My guiding rule was to do something different; to just do the opposite of my first instinct. I wanted to bring all the music that I’m moved by into a collection of songs that didn’t pull from my usual bag of tricks. I started with no expectations, considerations, or concessions other than just wanting to make music that I loved, and I think because of that the whole process has been a joy. I wanted to make a collection of the music that inspires me-from when I was a kid in the seventies to the songs I hear on Spotify playlists now. The title speaks to that. Sonically, the songs go in a lot of different places.” said Griffin

Over the past year, Griffin started toying with ideas for the songs that would eventually comprise the record. Taking his time, he reacquainted himself with classics such as Neil Young’s Harvest and Bob Dylan’s Blood on the Tracks as well as devouring music from the likes of Dawes, Father John Misty, and Mac DeMarco, to name a few.

Anywhere You Go is a natural next step for Griffin.

Better Than Ezra’s legacy encompasses the double-platinum 1995 classic “Deluxe” and its instantly recognizable #1 smash single “Good,” the gold-selling Friction, Baby in 1997 with “Desperately Wanting”, 2001’s Closer with “Lifetime” and ubiquitous “Extra Ordinary” and the 2005 epic Before The Robots. The latter yielded “Breathless” notably performed and recorded by Taylor Swift. That particular legacy continued in 2014 by way of All Together Now and the hit “Crazy Lucky.”

As a songwriter, the New Orleans native stands out as a five-time BMI Pop Award winner and ARIAA Award winner. Moreover, he has landed multiple number ones, including Sugarland’s “Stuck Like Glue” and Howie Day’s “Collide.” Other credits span cuts for Christina Perri, Train, The Struts, Barenaked Ladies, Blondie, James Blunt, Moon Taxi, and many more with his cumulative tally of album and song sales exceeding 30 million copies.

He also co-founded and remains a partner in the popular Pilgrimage Music & Cultural Festival now in its fifth year. Past performers have included Justin Timberlake and Foo Fighters to name a few.

Anywhere You Go will be released October 4, 2019 via BMG and you can catch Griffin on Oct 24 in Franklin, TN at the Franklin Theater.

Music editor for Nashville.com. Jerry Holthouse is a content writer, songwriter and a graphic designer. He owns and runs Holthouse Creative, a full service creative agency. He is an avid outdoorsman and a lover of everything music. You can contact him at JerryHolthouse@Nashville.com
Previous Dan Rogers Named Vice President And Executive Producer Of Grand Ole Opry
Next Brantley Gilbert To Release First Album In 3 Years