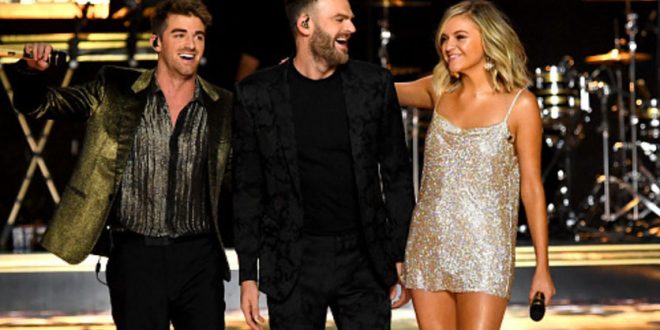 Ballerini’s appearance is a first for the Country genre since Taylor Swift was booked as a musical guest in 2013. Lauded as the world’s biggest fashion event, the special will be viewed in more than 190 countries following its anticipated premiere.

Along with several upcoming high-profile television performances, The Voice’s first-ever fifth coach recently showed off her own talent after having mentored six Comeback Artists across the 10-part Comeback Stage companion series. Ballerini performed her chart-rising single, “Miss Me More,” on the hit music competition Tuesday night (11/27). Penned by Ballerini, David Hodges and Brett McLaughlin, “Miss Me More” quickly shot to #1 on the iTunes Top Country Songs chart directly following the live NBC broadcast. “Miss Me More” can be downloaded or streamed here.

Capping off the year, the Country star will ring in midnight, performing on Dick Clark’s New Year’s Rockin’ Eve with Ryan Seacrest 2019. Marking the 47th anniversary of the legendary celebration, Ballerini will also join The Chainsmokers at the Hollywood Party hosted by Ciara. The year-end bash on ABC begins at 8 p.m. ET on December 31.

Music editor for Nashville.com. Jerry Holthouse is a content writer, songwriter and a graphic designer. He owns and runs Holthouse Creative, a full service creative agency. He is an avid outdoorsman and a lover of everything music. You can contact him at JerryHolthouse@Nashville.com
Previous Granger Smith Releases Moving Documentary
Next Bailey Bryan Releases “Songbird”