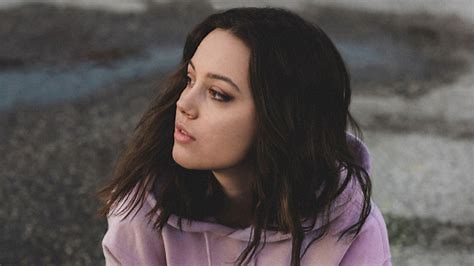 Singer/songwriter Bailey Bryan is releasing new music today, debuting the vulnerable track “Songbird.” The song, co-written by Bryan and frequent collaborators Dennis Matkosky and Michael Hardy, is the first insight into her upcoming EP slated for a 2019 release via 300 Entertainment / Warner Music Nashville. “Leading with ‘Songbird’ was an undeniable choice because it kick-started this new sound that I’ve begun to develop,” she explains, acknowledging the highly-confessional approach she’s now favoring alongside a more hands-on approach in the studio. “All of the other songs that we picked for the EP were measured against ‘Songbird’,” she adds of their de-facto litmus test.

Following a buzzy start that witnessed the release of her widely-praised debut single, “Own It,” as well as a lauded introductory EP (So Far, 2017), Bryan found herself at home in Nashville plagued by doubts, debating her next career move and even wondering if abandoning her Pacific Northwest home to chase her dreams of stardom was right.

“I wrote the first few lines in my apartment, literally a stream of consciousness of all my thoughts and the things that I was struggling with,” she recalls. “When I got to, ‘I don’t have the answers, I am just a songbird’ that word, songbird, just kept popping up. It was the only lyric that felt right and sometimes you just have to let a song be what it wants to be.”

The impactful music video, shot by longtime videographer Blythe Thomas, is also available everywhere today and can be viewed here. The strikingly straightforward concept leans on a real life-coping mechanism of Bryan’s: crying in the shower. “For me, it’s an escape,” she says. “Sometimes I’m like, ‘okay, I have to shake off these thoughts and feelings. I’m going to go take a twenty-minute shower’ and I thought it would be cool to have that anchor the video.”

Like the track it accompanies, the clip claws at a silver lining, as Bryan eventually flees to nature for respite. “It represents escape,” she says, “and a little bit of hope.”

Music editor for Nashville.com. Jerry Holthouse is a content writer, songwriter and a graphic designer. He owns and runs Holthouse Creative, a full service creative agency. He is an avid outdoorsman and a lover of everything music. You can contact him at JerryHolthouse@Nashville.com
Previous Kelsea Ballerini To Perform On Victoria’s Secret Fashion Show Holiday Special
Next The Oak Ridge Boys Fond Memories Of President George H.W. Bush