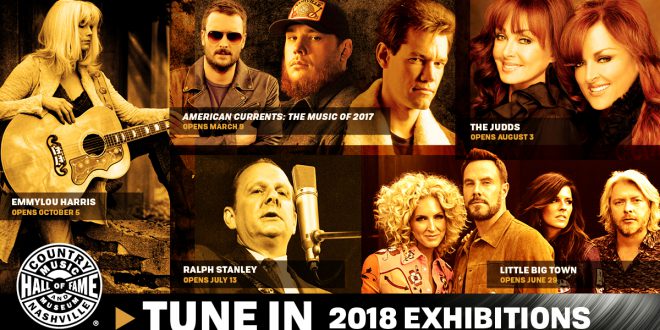 Today the Country Music Hall of Fame® and Museum announced The Judds will be featured in an exhibit opening Aug. 3, 2018.

The exhibit will explore the lives and careers of the GRAMMY®-winning mother-daughter duo. Wynonna and Naomi Judd brought a fresh acoustic sound to country music, with unmistakable harmonies surrounding Wynonna’s powerful lead vocals. The Judds dominated the country charts during the 1980s and ’90s, and have sold more than 20 million albums and registered 20 Top 10 hits.

“The Country Music Hall of Fame and Museum is sacred ground regarded with reverence and respect. I am so overjoyed to have the Judds career encapsulated in this new exhibit,” Naomi said. “I’m so proud of all the success Wynonna has accomplished and we owe everything to the fans who welcomed the Judds music into their homes.”

“I am truly humbled and grateful to partner with the Country Music Hall of Fame and Museum to honor the Judds legacy and relive some of the special moments we shared with our fans. What an honor,” Wynonna said.