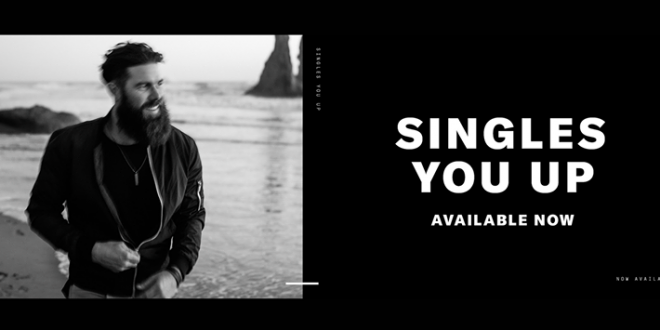 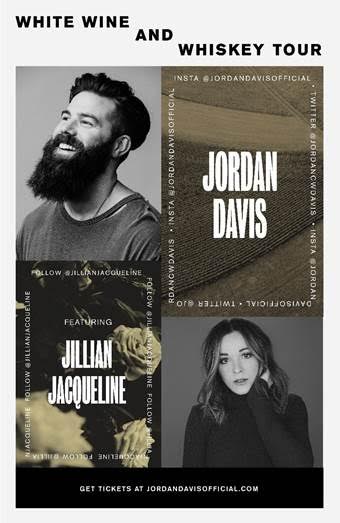 2018 looks to be an exciting year for Jordan as he was recently named an “Artist to Watch” by Rolling Stone, CMT, Billboard, Shazam, Pandora, Amazon and more. On the WHITE WINE AND WHISKEY TOUR, fans can expect to hear Jordan’s Top 25 single “Singles You Up” in addition to the previously-released tracks “Slow Dance In A Parking Lot” and “Take It From Me.”

Originally from Shreveport, Louisiana, Jordan has made a strong impression on critics and audiences alike with his classic lyric-writing melded with tech-tinged production. After graduating from LSU in 2012 with a degree in Resource Conservation, Jordan moved to Nashville and honed his songwriting craft influenced by his love of lyrically-driven songwriters and genre-defying musicality.

Joining Jordan on tour is Big Loud Records rising star Jillian Jacqueline, whose debut single “Reasons” is set to climb the Country charts after garnering 12 million Spotify streams and skyrocketing into the platform’s Viral 50 USA list. Her recently released EP SIDE A, produced by Tofer Brown, was met with critical acclaim for her new school, no-holds-barred storytelling and top-notch vocals. The inaugural Country artist named to Vevo’s elite dscvr Artists to Watch list, Jacqueline has been chosen as one of CMT’s Listen Up “18 for 2018” while claiming a spot as an emerging artist on lists by Pandora, AXS, Rolling Stone and more.

For a full list of tour dates, news, images and more, visit www.jordandavisofficial.com