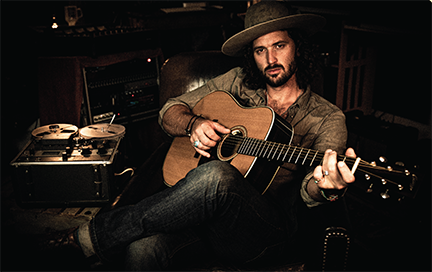 “After an eight year stint in California, Jeffrey Joslin has returned to his roots in Nashville. Fresh on the heels of his latest EP “California Gold,” the singer/songwriter and producer has released a single for the times, in which he asks, “What Do We Do?” The tune has tinges of Americana Country as Joslin croons with sentiments of solidarity with his fellow man in these trying times. He has also released a music video directed by his family operated production company Native Wind Media, comprised of himself, his wife Ciera and his father Jeff, who shot the video. Joslin wrote and produced the track in his home studio in Madison, TN.”

Music editor for Nashville.com. Jerry Holthouse is a content writer, songwriter and a graphic designer. He owns and runs Holthouse Creative, a full service creative agency. He is an avid outdoorsman and a lover of everything music. You can contact him at JerryHolthouse@Nashville.com
Previous 2020 IBMA Bluegrass Award Winners
Next Reba McEntire & Darius Rucker To Host 54th Annual CMA Awards