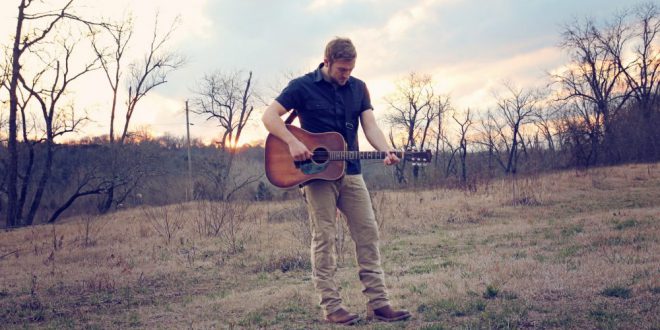 Your new album “Come Back Road” debuted in the Top 20 on Billboard Country albums, iTunes All-Genre and No. 2 on iTunes Country charts. How does that feel?
Great! We’ve been at it for a long time. We’ve built this one venue at a time across the country for the past decade and people still remember us and they buy the music, so that’s cool.

What was the inspiration behind this album?
I wanted to make an album that had a lot of cool ethereal sounds to it and I was more focused on having really well written songs with good production. The production style was basically built around a song on the record called “Bands Make Her Dance.” I wrote that with some friends of mine named Luke Dick and Rodney Clawson. After we got that song finished, it was exactly what I was going for production wise, so we sort of built the sound of the record around that song.

Explain your songwriting process.
It’s always different! It could be a line or it could be a melody. I’m not a 9 to 5 writer. I’m not someone who wakes up and forces myself to write everyday. It’s more of when inspiration strikes. I try to write when it’s the right vibe. I’m not afraid to put one down and walk away from it.

Who would you love to go on tour with or collaborate with?
My dream collaborator would be Enya. I love her! I don’t know how that would work, but I’ve been obsessed with her since I was a child. I had all of her CDs growing up. I also love all the Heartland rock guys like Mellencamp and Petty.

Have you always gravitated towards country music?
I’ve always loved country music, but I also like big pop songs that are done in a cool, kind of country way. I think Mellencamp was the king of that, as well as Petty and Springsteen. I was always really into the way they crafted these really cool pop songs, but they had a real off the beaten path kind of rustic lyric to them. That seemed like a country thing to me, but I grew up listening to Alan Jackson and that stuff too.

What is up next for you?
We are just touring! We’re going out and hitting the road, doing what we do best. We’re just going to go support the record and see what happens! We’re kind of just flying by the seat of our pants like we always do. The album seems to be getting a good response though, so we’ll see what happens with it.

What is your guilty pleasure food?
Well, I’m not a big fast food guy, but I love cheeseburgers. I’m always trying to hunt down a good cheeseburger.

What is your favorite meal or snack on the road?
As much as I hate to admit it, Peanut M&M’s.

What’s your favorite place to eat in Nashville? Burger Republic is great!
Place to get BBQ? Martin’s is awesome.
Hot chicken? There’s a place in Thompson’s Station called Circa. I like their hot chicken the best.
Best place to relax with a beer and listen to music: In Kansas where I grew up. There’s not a lot of people, crowds, or traffic.
Breakfast? Pinewood Social!

What was your favorite meal/restaurant growing up?
There’s a place in my hometown of Clearwater, Kansas called Walt’s. My town is like 2,000 people so that’s really the only place to go, but it’s still really good.

Finally, if you could eat or have a drink with one person, who would it be and what would you have?
I want to go to an Irish Pub with Bono and drink a Guinness.

Logan Mize is an accomplished country singer/songwriter from Clearwater, Kansas, who has deep musical roots to his family tree. His great uncle was Billy Mize, largely known for crafting and evolving the legendary Bakersfield sound, which included musical pioneers Merle Haggard and Buck Owens. In 2010, several years after moving to Nashville, Logan signed a publishing/record deal with Big Yellow Dog Music and a booking deal with a major agency. He spent the next seven years playing seemingly every venue in every town across the U.S. and winning over fans every stop along the way. In 2016, Mize made waves when he booked a solo acoustic tour via social media and traveled more than 20 thousand miles in less than two months in a 1989 Chevy station wagon named “Glenn” running his own sound and lighting performing 2- and 3-hour acoustic shows for fans across the country. Mize is excited for this new chapter and sharing his new, much-anticipated independent release Come Back Road with his expansive fanbase. For more information, please visit www.loganmize.com and onTwitter, Instagram and Facebook.