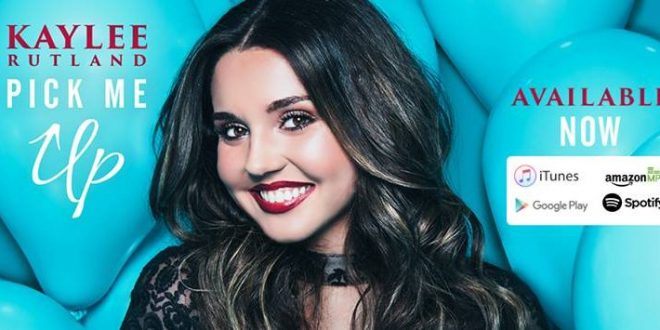 Interview with Country-Recording Artist, Kaylee Rutland, and her Perfect Summer Anthem “Pick Me Up”

What was a typical dinner or family meal like for you growing up in Texas?

It depends on how busy us kids were any given night! Sometimes one of my parents would cook something where our noses led us to the kitchen, where we’d pray and then eat together. Other nights, it was every man for himself!

Do you like to cook or prefer to eat out?

Although I definitely eat out more often, — what can I say? I’m a college kid — there’s such a satisfaction that comes with having prepared and cooked myself a real meal.

Chicken! It can be cooked so many different ways, covered with just about any topping and goes well with everything. It’s good for you, it’s diverse, and let’s be real; chicken is just awesome.

So far I haven’t found one! I’m pretty adventurous when it comes to food. I’ll try anything at least once. My latest experiment in food was working up the nerve to eat an oyster — and I have to say, I was pleasantly surprised!

How do you find great meals when you are out on the road touring?

My band is particularly great with that; I think they’re all foodies to be honest! Somehow they have the magic touch in finding fantastic cuisine unique to any city we perform in, so we are always trying something new and oftentimes following the best Yelp reviews.

Have you ever eaten two meals at the same restaurant in the same day?

On multiple occasions! I have been known to eat all three meals at Chick-Fil-A. It’s my personal favorite fast food (again — how great is chicken)?!

McDonald’s, Burger King, Wendy’s, or other?

Do you fold your pizza or eat it straight on? Ranch or no ranch?

Straight on and no ranch! But the more toppings, the merrier.

If you could be on a cooking show, which one would it be?

Does a baking show count, because I’m completely obsessed with the The Great British Bake Off! It would be even better to be a host! I just want to eat desserts all day and be friends with Mary Berry and Paul Hollywood!

What made you want to become a musician?

When I was 8-years-old I sang my first solo in a church musical. The moment I started singing on that stage, all my crazy nerves melted away and I realized it was the best feeling in the world. From then on, I was hooked with performing, and then songwriting came later. I really love all aspects of being a musician!

“Pick Me Up” is the perfect summer anthem! What’s your favorite thing about summer time?

I’m a HUGE fan of warm weather. I love that summer gives more opportunities for swimming, popsicles and outdoor adventures!

What’s it like hearing your song on Radio Disney?

It’s still a bit surreal honestly. I grew up listened to Radio Disney, so it still seems strange to me that other people can listen to what I wrote and enjoy it! ☺

What about touring with Raelynn, did she give you any good career advice?

Her attitude in and of itself was great advice! She was always so sweet and genuine to everyone, full of energy and life, on and off stage. It was definitely an experience of learning by watching how others behave, and she always behaved with kindness and excitement!

What is up next for you?

I’m releasing new music around the end of August, and as always, continuing to write, record, and perform my music! I am also looking forward to releasing a new single and another music video in the future, so you’ll just have to stay tuned for more!

Finally, if you could have a meal with one person, who would it be and what would you have?

I’d go to the Flipside, which is my favorite Nashville restaurant, with Reba McEntire! She’s my all-time favorite singer and I think she would be a kind and hilarious person to chat and have a meal with! Can you help make this happen?

When Kaylee Rutland steps into a room, people smile. Her traditional country vibe mixes with today’s cutting edge sounds to form a uniquely irresistible style that flows perfectly with her down-to-earth, humble charm.
Rutland’s latest single “Pick Me Up” is currently receiving strong airplay on Radio Disney Country and Spotify, with her succeeding track, “More of That,” gaining significant traction on Radio Disney as well. “Pick Me Up” focuses on breaking through the everyday routine with a soulful, upbeat chorus serving as a reminder that there’s never a bad day to plan a good time. Just recently releasing the official music video for “Pick Me Up,” shot by the award-winning Kristin Barlowe and produced and co-written by four-time Grammy nominee Jamie O’Neal, the video is now playing on Country Music Television (CMT) as well as Great American Country (GAC).
Her longtime producer and mentor Jamie O’Neal appreciates the way that Kaylee’s contemporary flair incorporates a healthy respect for the traditional sound of country.
“I love that she has a fondness and appreciation for the historical voices of the Grand Ole Opry like Patsy Cline,” Jamie says. “It’s wonderful to be able to write with someone who has an authentic love of country music.”

This authenticity earned Rutland Country Living Magazine’s “Artist to Watch in 2017” and Billboard Magazine’s “Top 10 Artists to Watch” in 2014, even accompanying Warner Music Nashville’s RaeLynn on tour in 2016.

Kaylee’s music makes an unmistakable connection with listeners as evidenced by her tremendous social media following. She finished in the Top 10 of the inaugural Nash Next competition thanks in large part to her fervent fans and remarkable engagement levels. Kaylee’s passion and purpose overflow every time she steps behind a microphone.

“Sometimes people just need a song that motivates and encourages them,” Kaylee says. “Even when times aren’t great, I want people to know that they can always pull through.”
Growing up in Texas, country music made a lasting impact on Kaylee’s personal style. She was eight when she first fell in love with singing, performing her first solo for a Christmas musical at her church; by her teens, she had fully committed to writing her own songs.

“Reba, Carrie Underwood and Sara Evans were a natural part of my life growing up, because I was always listening to them on the radio,” Kaylee recalls. “Each of them continues to inspire me, and when I look at the songs I’ve written over the years, I can point to the specific places where they’ve influenced my writing.”

Kaylee is currently working on completing her studies at Belmont University, where she’s received dean’s list recognition. The way she sees it, every step she takes in life is something to savor and celebrate. With an attitude and perspective like that, it’s easy to see why she’s so good at creating so many smiles.