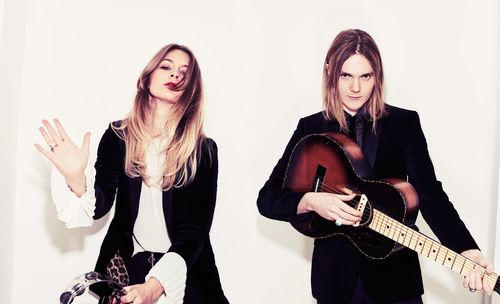 The Nashville-based husband-and-wife duo of Ida Mae has announced their debut U.S. headlining tour this fall, followed by a tour supporting Rodrigo y Gabriela this fall. Closing out a banner year that saw the release of their debut album, as well as successful tours in support of Blackberry Smoke and Greta Van Fleet, Ida Mae has quickly established themselves as one of today’s most essential live acts in the Americana genre.

Ida Mae recorded Chasing Lights with acclaimed producer and friend Ethan Johns (Ray Lamontagne / Kings Of Leon / Laura Marling). Johns, who also plays drums on the album, pushed the band to record straight to tape with little rehearsal, encouraging them to rely on their instincts in order to capture the songs in the most raw and real manner possible.

Music editor for Nashville.com. Jerry Holthouse is a content writer, songwriter and a graphic designer. He owns and runs Holthouse Creative, a full service creative agency. He is an avid outdoorsman and a lover of everything music. You can contact him at JerryHolthouse@Nashville.com
Previous Kim Richey Celebrates 20 Years Of “Glimmer” With New Vinyl
Next Todd Snider’s Cryptic Website Message Clarified