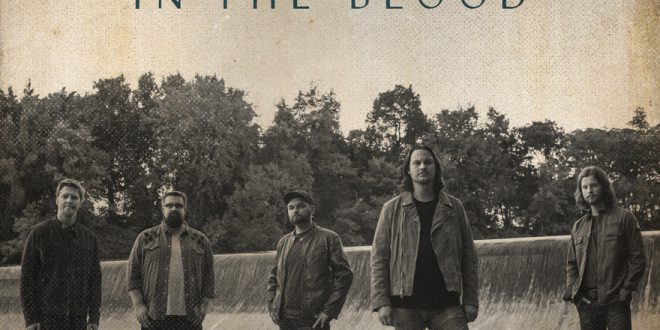 As excitement and buzz continues to build for the release of their upcoming album TIMELESS on September 22, all-vocal Country entertainers Home Free are giving fans a taste of the project with their latest stunning cover – this time putting their trademark twist on John Mayer’s “In the Blood.”
The minimalistic arrangement – punctuated by the quintet’s stoic interludes, somber harmonies, and restrained vocals – reflects the song’s contemplative poetry, at times both introspective and searching.
iHeartCountry exclusively premiered the reflective video across their station sites this morning. Watch here.
Upon its release, “In the Blood” was championed by popular Country radio personality Bobby Bones, inspiring Home Free to put their distinct symphonic spin on Mayer’s first Country crossover.
“The heart of this song is incredibly honest and does exactly what the best Country songs do – tells a story,” says Tim Foust (bass). “We first heard ‘In the Blood’ when Bobby played it on his show and were immediately drawn to the spirit and message of the lyrics. Our producer worked up the stripped-down arrangement and we’re proud to have the opportunity to share our take on an incredible song.”
Rob Lundquist (tenor) adds, “Of course John Mayer is such a standout musician – our voices are our only instruments, so it was a fun exercise to capture the emotion he puts into his instrumentals and interpret them in our all-vocal style.”
Enthusiastic fans feverishly bought up presale tickets for TIMELESS album release shows in the band’s native Minneapolis on September 23 and adopted hometown of Nashville on September 25, making the former a SOLD-OUT event before tickets even went on sale to the general public, and proving why Home Free is “Country music fans’ favorite a cappella group” (Taste of Country). A very limited number of tickets remain for the Nashville performance and are selling fast.
“Our fans never fail to go above and beyond, and we were blown away by their support of these really special release shows. We can’t wait to celebrate TIMELESS with everyone in Minneapolis and Nashville,” says Adam Rupp (vocal percussion/beatboxer).
Fans who preorder TIMELESS from the Home Free online store now through September 8 will be automatically entered to win an all-expenses-paid getaway to either city for the performance and a pre-show meet-and-greet with the band.
TIMELESS and TIMELESS: DELUXE EDITION, which features three additional recordings, are both available now for preorder at all major digital retailers and include instant downloads of “In the Blood” and “Castle on the Hill.”
For tour dates and more information on Home Free, visit www.homefreemusic.com.
Follow Home Free on Facebook, Instagram, Twitter and YouTube.
About Home Free:
Since being crowned NBC’s The Sing-Off victors, all-vocal quintet Home Free has made their mark on the music scene selling more than 250,000 copies combined of their popular albums, embarking on four major national tours and amassing over 172 million YouTube views. In 2016, FULL OF (EVEN MORE) CHEER – an expanded version of their popular holiday album, FULL OF CHEER – debuted at #2 on Billboard’s Top Country Albums chart, cementing the band as Country music’s top all-vocal entertainers. The release of their third studio album, COUNTRY EVOLUTION, elevated the band “from auxiliary entertainment to headlining attraction” (Times Leader) and hit #4 on Billboard’s Top Country Albums chart. Produced by Darren Rust, the deluxe version includes five originals and nine new renditions of hit songs that showcase the band’s undeniable talents, tight harmonies and intelligent arrangements that are uniquely their own. Home Free’s breakout debut album CRAZY LIFE (2014) hit #1 on iTunes Country chart and #4 overall. Their latest project TIMELESS will hit shelves September 22. Founded in 2000 during collegiate years, the five-man band from Minnesota has been electrifying crowds with their live show for nearly a decade, performing together for packed audiences at major festivals, fairs, colleges and theatres. Their extensive touring and reputation as extraordinary showmen has built a loyal fan base while bringing their homegrown Country style into the national spotlight.