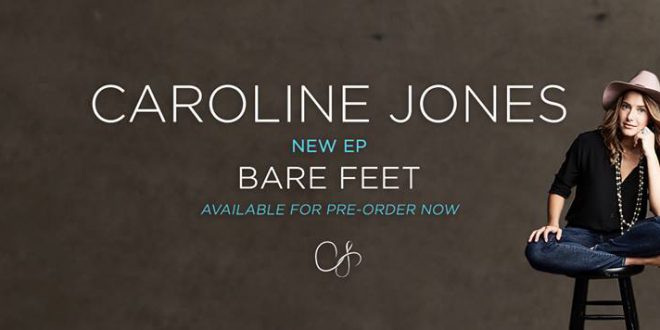 With a guitar, huge passion, and big smile in tow, multi-instrumentalist Caroline Jones is taking the music industry by storm. On stage, Caroline sparkles with charm. With a new much-buzzed-about EP set for release this Friday, things are looking good for the Florida songstress. We caught up with her to talk over Sorbet Mocktails about the new EP Barefeet, how touring with Zac Brown has been, and what she does when she’s not on the road. Pre-order the EP and enjoy our interview below! 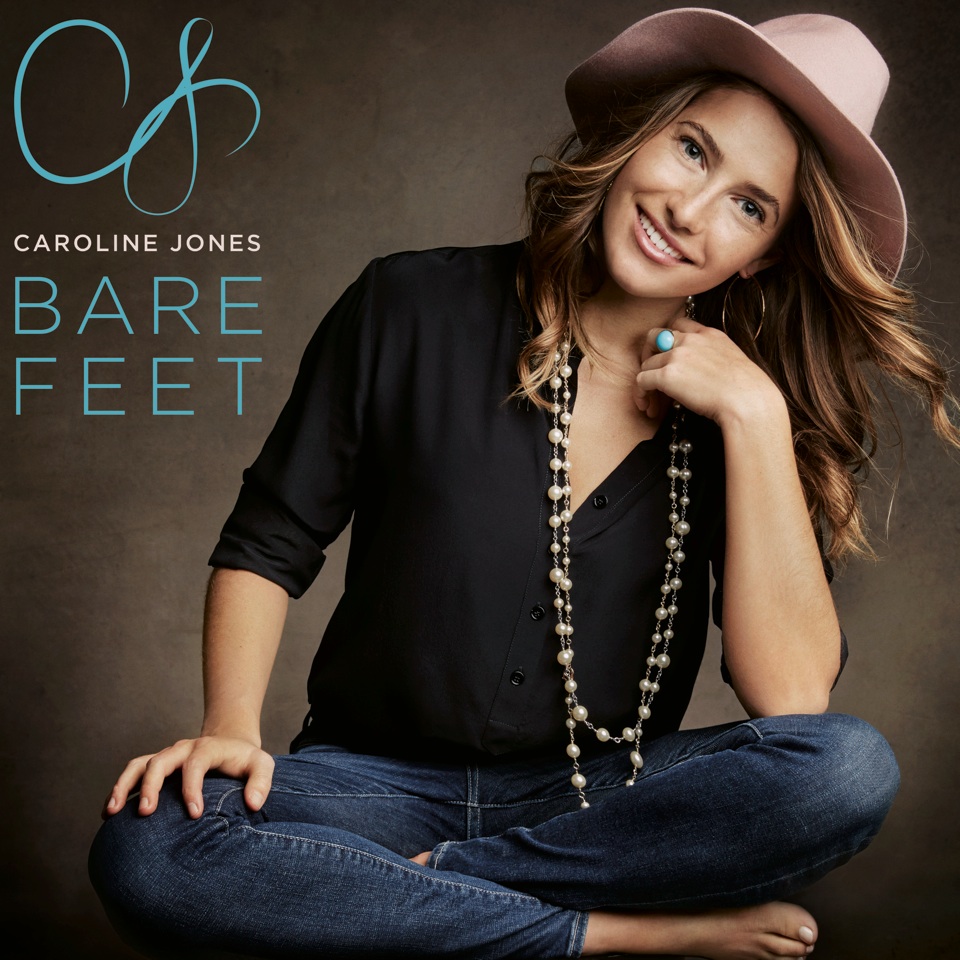 What first drew you to music as a possible career?
I fell in love with songwriting at a really early age. I have written poems and stories since I could read. When I was 9 years old I started singing and I realized I could put all of those poems and stories to music and I never wanted to do anything else after that.

Who are some of your musical influences?
My biggest influences are artists who write, produce, and play instruments. I really love the full spectrum of excellence in the craft of music. My biggest heroes are Willie Nelson, Hank Williams and more modern day country like Keith Urban, Zac Brown, Hunter Hayes, Emmylou Harris, and Vince Gill.

Your EP Bare Feet coming out 8/25 has a wide range of sounds. How did you choose what went on this EP and what goes into your live sets?
This EP and the album that will follow it is an amalgam of some of the best songs I have written over the past two years. Choosing what goes on it is really just the songs that connect with people and the songs that you feel are your best work. It’s also about songs that lend themselves to the production of the record which is a very fresh, hard-hitting, country sound with lots of pop influence. In terms of the live sets, that’s more of a challenge because it depends on your audience. Right now we are opening for Zac Brown Band, so those are music fans to the core. If you come out and play an acoustic song, they’ll love it. If you play a full band song, they’re just super welcoming and super into the authenticity of the music. Live sets is something that is really fun to play around with and see what people enjoy. Sometimes we don’t make a set list and we’ll just wing it, which I really enjoy because you’re feeding off of the audience’s energy.

What’s your favorite song to play live?
Probably a song off of the EP called “The Difference.” I wrote that song thinking it would be so fun to play live because it has that kind of stomping beat and it has a chorus that everyone can sing along to and it’s just fun!

What is the song that means the most to you?
“Country Girl” is the story of my family and my upbringing and every single lyric is 100% true. I was raised in the northeast but my Dad is from Tennessee. He wanted to raise us how he was raised. “Country Girl” is an homage to him and to my family. I think as you grow up you realize that no family or person is perfect, but everyone does the best they can and in doing so they give you a better platform for a better life. Just to grow up and realize the sacrifices your parents made or the hardships they went through to give you a platform for your dreams is really humbling.

You have had the chance to play some amazing places. Do you have a favorite venue to play?
I just got to open for Zac Brown in Denver at Coors Field which was my first stadium, so that was pretty special.

What has touring with the Zac Brown Band taught you? Has he given you any good advice?
He’s given me lots of good advice, but honestly I think it’s the same with parenting. You lead by example and he is the kindest person. His excellence in music and in his personal life are unprecedented and it reflects in his crew, his tour and his fans and it’s very inspiring. I was also a fan of him as a person and as an artist way before I was opening for him.

Tell us about his food and catering.
Chef Rusty Hamlin, who is on the Food Network, caters his tour. The cool thing is that they support local farmers and that’s so important in this day and age. They go out in every city and find local produce and fresh food to cook so it’s awesome!

What’s your favorite thing he has made?
I love all of the chicken dishes.

Who is your dream collaboration?
Keith Urban!

What is a ”normal” day for you when you are not on tour?
I love nature and I write really well outdoors. I also love hiking. I live in Florida so I definitely love the beach and the ocean!

Ok, now for some food questions…Do you prefer to cook at home or eat out?
Cook at home!

Which three things are always in your home refrigerator?
You can always find fruit, avocados and really good olive oil – I think that dresses everything up.

Which is your favorite restaurant? What is the one dish you always order when you go there?
My favorite restaurant is Craft or anything Tom Colicchio. As for a dish, everything. I love the family style restaurants because you can try all of the sides. I’m pretty classic American, that’s the food that I love, so I love Tom’s cooking.

After playing a late show, what is your guilty pleasure food?
Dark chocolate.

If you could pick one food to eat every day for the rest of your life, what would that be?
Guacamole and chips!

Is there anything that you don’t enjoy eating?
I don’t like eggplant. It can be cooked, pureed, it does not matter, it’s just gross.

Finally, If you could eat or have a drink with one person dead or alive, who would it be and what would you have?
It sounds so cliché, but probably Jesus. I’d be so curious and would love to talk to Jesus, that’d be so cool! I definitely wouldn’t have bread and water, probably a really good roast. 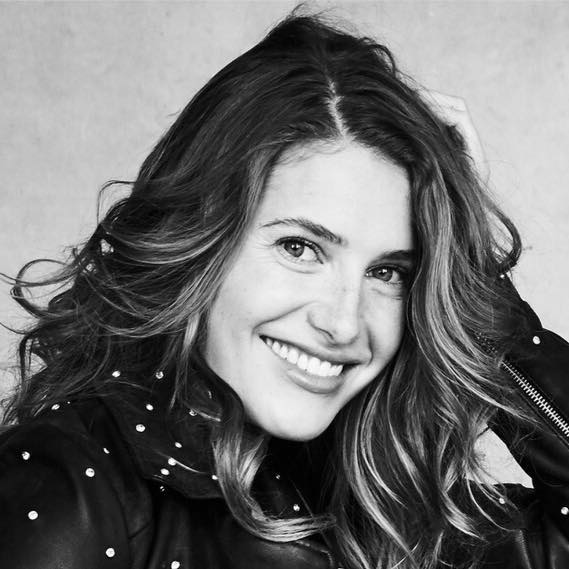 Available for pre-order on iTunes now, the Bare Feet EP will be released on Aug. 25, 2017 and features the single “Tough Guys,” which spent five weeks at #1 on CMT.com’s 12 Pack Countdown, and “Brown Eyed Girl,” which is in rotation on Sirius XM’s Coffee House channel.

Caroline was recently named one of Rolling Stone’s “10 Country Artists You Need to Know,” and lauded for single-handedly performing the guitar, banjo, harmonica, keyboards, and lap steel onBare Feet. She is currently on the road supporting Zac Brown Band on their Welcome Home Tour. Previously, the spirited vocalist toured hundreds of schools & universities nationwide her The Heart is Smart School Tour, inspiring 150,000+ students with her performances and workshops to date.