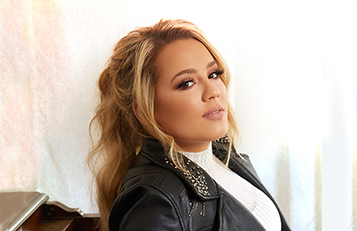 Amplifying the singer/songwriter’s explosive debut, the music video for “I Hope,” went #1 on CMT Hot 20 Countdown for the very first time this weekend. Tallying over 48 MILLION views on YouTube alone, the video for the sizzler – co-directed by Taylor Kelly and Brian Vaughan and shot in Nashville – continues Barrett’s momentum after already notching the first debut single by a female artist to go #1 since 2017.

Putting the cherry on top of the excitement-filled weekend, Country icon Trisha Yearwood virtually stopped by Hot 20 to surprise Barrett and congratulate her on her unprecedented success.

Music editor for Nashville.com. Jerry Holthouse is a content writer, songwriter and a graphic designer. He owns and runs Holthouse Creative, a full service creative agency. He is an avid outdoorsman and a lover of everything music. You can contact him at JerryHolthouse@Nashville.com
Previous UPDATE: St. Jude Rock ‘n’ Roll Nashville Marathon
Next Luke Combs Scores His Eighth-Consecutive #1