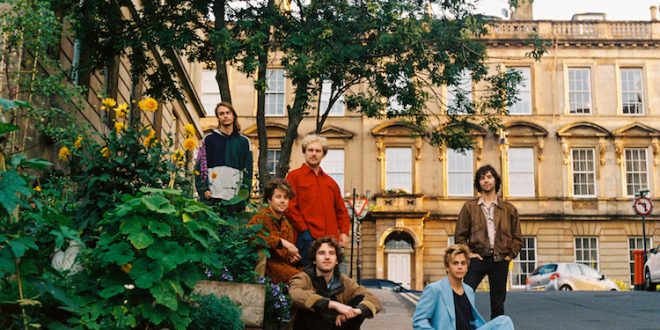 The Nude Party’s eponymous debut was produced by Oakley Munson of Black Lips and released by New West Records in 2018 to critical acclaim.  Demonstrating the band’s effortless synchronicity that has developed from living together for seven years,  it includes the song “Chevrolet Van,” which Consequence of Sound called “a tongue-in-cheek message for anyone who thinks you can’t live the rock and roll dream.”
Constantly touring, The Nude Party have supported Arctic Monkeys, Jack White, Sunflower Bean, and have already appeared at the Shaky Knees Festival over the weekend, as well as the Austin City Limits Festival last Fall. They are set to appear at multiple music festivals this summer including the Bonnaroo Music & Arts Festival, Lollapalooza, Newport Folk Festival, All Points East (London, UK), Great Escape (Brighton, UK), Splendour In The Grass (Byron Bay, Australia), Mountain Jam, Firefly Music Festival and more. Today, they have announced their first ever west coast headline tour dates with Pinky Pinky as support on most dates (please see all tour dates below).
The members of The Nude Party first came together in the freshman dormitories of Boone, North Carolina’s Appalachian State University in 2012. Patton Magee, and later Austin Brose, linked up with childhood friends Connor Mikita & Alec Castillo and step brothers Shaun Couture & Don Merrill. The following summer, the young men moved into a lake house outside of town to begin learning their respective instruments and jamming on rudimentary riffs.  They hit the national tour circuit and soon found a mentor in Black Lips drummer, Oakley Munson. He produced their Hot Tub EP and in exchange for physical labor gave The Nude Party a new home deep in the Catskills Mountains. An isolated place to focus entirely on writing music and playing together, and the culmination of six years of experimentation and refinement of material, resulted in the band’s debut full-length in 2018.

Music editor for Nashville.com. Jerry Holthouse is a content writer, songwriter and a graphic designer. He owns and runs Holthouse Creative, a full service creative agency. He is an avid outdoorsman and a lover of everything music. You can contact him at JerryHolthouse@Nashville.com
Previous Tanya Tucker Signs With Fantasy records
Next Jimmy Wayne Receives National Foster Care Award