Nashville.com recently interviewed the hot country band, The Railers, at Pepsi Gulf Coast Jam in Panama City, FL. The three talented members, Cassandra, Jonathan, and Jordan have some special harmonies and answered all of our questions. So get to know this great band now by checking out the interview below. But first we suggest warmin’ up with the trio’s new video, “11:59 CST!”

People seem to be loving your new music! Did you grow up with a musical family?

Jonathan – Yes, Jordan and I are brothers and our family played music while we were growing up. We grew up in Missouri and our family played in Branson, Missouri for about ten summers.
Cassandra- I actually come from from a long line of athletes, but I just was not. My grandmother came over from Italy and played the accordion. I never met her before she passed, but my family told me about her and said she was really musical, so I’m guessing it came from her. 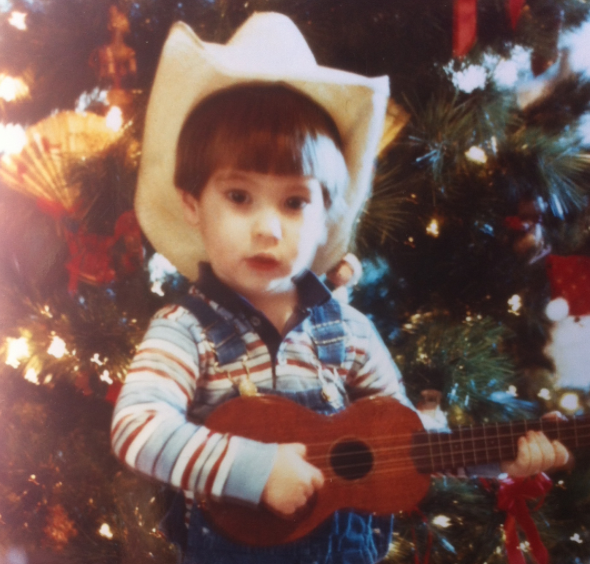 You have a lot of amazing things in the works, including a new single, “11:59 CST.” What was the thought process behind this song?

Jordan- I feel like this song is sort of “the party never dies song.” The idea behind it is it’s almost midnight, but it’s okay because if we just wait one more minute, it will be tomorrow.
Cassandra- On first listen it probably sounds like a party song to most people, but for us we aren’t the homecoming kings and we aren’t the beauty queens. We love music and having fun and like all groups of people. We want to sit with everyone at the lunch table. For us to be able to do a fun song where it’s like “guess what? If you want to party in your PJ’s and eat bom-bom’s, that’s still a party!” It’s everybody’s party song, that’s why we love it.

So for the video, did you have to learn how to skate?

Jordan- It was awesome! Cassandra was really excited about skating. It was fun, but we took some spills that day.
Jonathan- I was the one that did most of the skating between us, but I wiped out hard.
Cassandra- It was fun! It was just a bunch of locals from Columbia, TN that loved skating.

Now that the single is out what can fans look forward to next? Video? Are you going to be releasing a full album soon?

Cassandra – We have so much music that we are pumped to share with people. It is going to come out in a lot of different ways this next year. We are really excited, whether it’s music or a visual piece with a new song. There is rumor that there is talk of Christmas music…who doesn’t love Christmas music? We are going to have the most creative year we have ever had!

What’s the last song you heard that you wish you could have recorded?

Cassandra – “Tin Man!” I have been wanting to record that so bad, or anything that Natalie Hemby has ever written. She’s my favorite. Chris Stapleton too…anything that comes out of his mouth is great.
Jordan – I would say “Humble & Kind” by Lori McKenna. I saw her perform at the Ryman and to see her perform it the way she wrote it was just really amazing.
Jonathan – We were driving the other night going to a show and Jordan pulled out a record from a band named Joseph. It’s a band of three sisters from the Pacific NW and we listened to the whole thing. It made me realize “man, I wish I would have done that.” It is so creative. So that and Haim.

You are sharing the stage with a lot of great acts today! Looking into the future, which artists would you like to perform and collaborate with?

Cassandra- You know how streakers just run one quick lap? Well I just want to play my accordion and run as fast as I can across the stage, with my clothes on of course, while The Oak Ridge Boys are playing. So if you see me driving away in the back of a cop car, you know it happened.
Jonathan – This is our first show with Jason Aldean, so that’s pretty exciting. He’s a true example of working hard.

What advice would you give to the future musicians to not give up and keep performing?

Jonathan – Just stay true to yourself. That’s a lesson that’s taken us a while to learn. Know who you are and don’t compromise that.
Jordan – Don’t second guess your gut feeling of where you want to take your life. When you start second guessing, it opens up so many windows where it’s hard to decide.
Cassandra- It ties back into the “11:59 CST” song for us. Sometimes it’s okay not to fit into the box. Sometimes being outside of the box is the very thing that makes you find your place in the sun. That’s my advice to kids, find your spot in the sun and shine. As cheesy as that sounds, it’s the truest thing. We’ve done this for so long and we’ve been so lucky to have been full time musicians for years now without having to get day jobs and that is what matters. It’s who you are, and that is unique.

Now for some fun food questions…

Nashville.com Quickfire:
Favorite Downtown Restaurant:
Cassandra – Merchants. I love their salads.
Jonathan – Rippy’s
Jordan – That sushi place off of Capitol St!
Best BBQ:
All – Martins!
Coffee:
Jonathan – 8th and Roast.
Cassandra – My husband makes me coffee every morning and it’s the best coffee for me.

Winners or Losers:
All – Losers!
Best place for date night:
Jonathan and Cassandra – Moto is great!
Jordan- Eastern Peak
Hot Chicken:
Jordan- Hattie B’s and I’ve heard Party Fowl is good too.
Cassandra- Princes!
Tacos:
Jordan – Bartaco but if I want legit street tacos I’ll go to the taco truck a block from my house on Nolensville
Cassandra- I am also a taco truck girl
Jonathan- The taco truck on Nolensville in the tire shop parking lot. 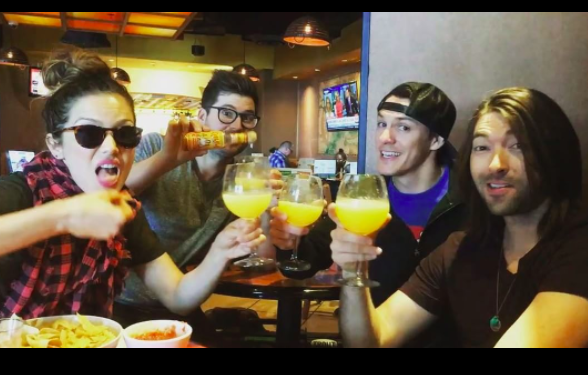 Would you rather only eat barbecue ribs for a year, or tell a barbecue pitmaster that his ribs sucked once?

Cassandra- I would say your ribs suck, hahaha because I don’t eat meat anymore!
Jordan- I love BBQ ribs! I could eat them all year. Ribs everyday with no repercussions!

How do you find great meals when you are on the road?

Cassandra – I’ll tell you what, as many shows and venues that we have played, the catering today was awesome. There was a vegetarian and a vegan option today.
Jonathan- Agreed! I had tofu in catering today and it was actually great.

What are your top US cities for food?

Cassandra – New York City for sure and anywhere in California for fresh produce and baja tacos!
Jordan – Chicago and Boston! Nashville is getting there!
Jonathan- We have been in Nashville along time, and when we first got here the only thing available was meat and three’s and very Southern food. In the last several years it has been so great to see so much more variety.

You guys have played all kinds of festivals. Which one has been your favorite and what is the best festival food?

Cassandra – Stagecoach! It literally had everything including sushi.
Jordan – Yeah, I would have to agree. When you walked into catering there were chandeliers and were red carpets laid out everywhere.

What is something every tailgate must have?

Favorite food that comes in a can?

Cassandra – Ranch style beans
Jonathan – My mom used to always want to make that jelly cranberry stuff at Thanksgiving and I would tell her “mom, you have to get it with the cranberries in the can and cut it up in half inch slices.”
Jordan – Bush’s baked beans…the homestyle kind!

Jordan – Mark Twain and we would have some sort of southern dish from his life.
Jonathan – Fish and Chips with Jesus
Cassandra – My grandmother from Italy and have her cook for me. I would just really enjoy that. 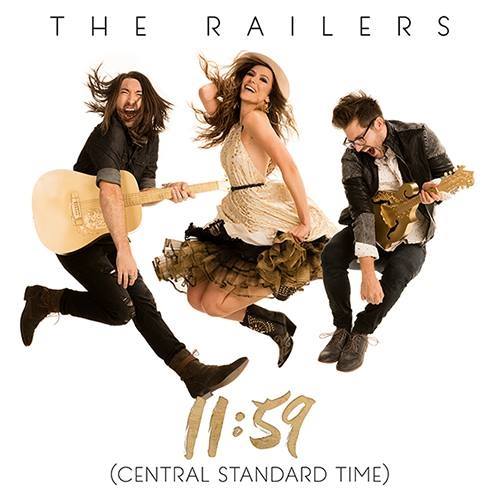 ABOUT THE RAILERS:
From the first note Jonathan Lawson belted out on lead vocals, to the raw energy he shared with his wife Cassandra as they harmonized; we were hooked. To Jonathan’s right, his brother Jordan Lawson went from gutsy rhythms on the mandolin to soaring violin solos, keeping us mesmerized at every turn. Cassandra’s multitude of instruments – including the button accordion, plastic bucket and even a scratchy megaphone – adding rhythm, depth and an edgy Cajun attitude.

No wonder they’ve been building a devoted following. And not just among fans of soulful, nononsense country music: Their artist comrades have been buzzing about the Nashville-based trio for a while. Hunter Hayes, Brett Eldredge, Sara Evans, Dwight Yoakam, Dustin Lynch and Corey Smith have all taken the Railers on the road and been paid back in full by the excitement they’ve generated as their opening act.

Fate drew Phoenix native Cassandra to the Lawson brothers as all three were attending Northern Arizona University in Flagstaff. After graduation, they hunkered down in Nashville, playing together in coffee shops and bars, making connections with fellow songwriters and musicians, all while working various gigs to keep the lights on.

“About six years ago, we decided to walk away from our safe spaces, from everything that was paying our bills,” Jordan remembers. “We had to jump off at some point and take this leap of faith in ourselves as a band. So in the spring of 2010 we sat down in a coffee shop, pulled out a cocktail napkin and wrote the words ‘September 1 or Bust’ on it. We gave ourselves six months to go full time or hang it up and get real jobs.”
Almost exactly six months later, Sara Evans invited them up to open both her fall and winter tours. Since then, their stage has expanded even further as they’ve toured with label mate and superstar Hunter Hayes.
That’s also why Rolling Stone picked the Railers for their list of “10 New Country Artists You Need to Know,” noting that “their multifarious sound is unlike anything on today’s country radio…” and ForTheCountry.com lauded them for “sending a fresh form of contemporary country to radio”

So the secret is out — or it’s about to be, as they gear up to release their upcoming Warner Bros. debut album. Its first single, “11:59 (Central Standard Time),” sets the stage with a swaggering call to rock whatever house you’re in: “I know it’s late but wait a minute, Tomorrow’s got another party in it.” The chorus hook is unstoppable. The fresh sound is undeniable. And that’s what they deliver on this outstanding debut: a unique balance of raw feeling and razor-sharp musicianship, in-the-moment playfulness and clear-headed ambition.