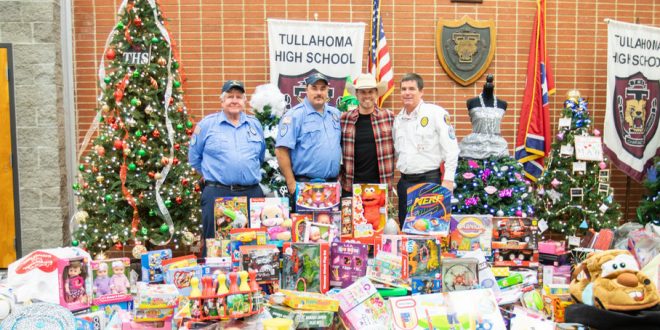 In the spirit of the giving season, Grand Ole Opry member Dustin Lynch returned to his hometown of Tullahoma, TN, for his fifth annual Dustin Lynch & Friends Benefit Concert on December 11, raising $25,000 for local children’s charities.

Over the last five years, Lynch has raised nearly $100,000 for the cause, maintaining his commitment to the town that built him. “I’ve been given such a great platform; I’ve been blessed to be able to chase my dreams, and that comes from having a great foundation at home,” said Lynch in a recent interview with The Tullahoma News. “They ask me every year if I want to keep doing this, and the answer is absolutely. We’re going to keep doing this as long as you’ll have us.”

Meanwhile, Lynch’s current single “Good Girl” is Top 5 and climbing at Country radio, kick-starting what is sure to be a massive 2019. Lynch will hit the road as support on Thomas Rhett’s North American VERY HOT SUMMER Tour starting April 2019.

Music editor for Nashville.com. Jerry Holthouse is a content writer, songwriter and a graphic designer. He owns and runs Holthouse Creative, a full service creative agency. He is an avid outdoorsman and a lover of everything music. You can contact him at JerryHolthouse@Nashville.com
Previous Robert Ellis Is Back With Texas Piano Man
Next John Scott Sherrill Set For Last Show At Bobby’s Idle Hour