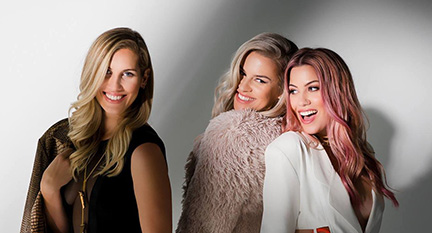 Dozzi’s First U.S. EP “Worth The Wait” Is Just That

They’re a little bit Dixie Chicks and a little bit Taylor Swift (Pop Taylor that is). Dozzi is made up of three sisters from Australia and they are truly paying their dues. The sibling trio is sharing a van and residing in an artist-residence building where musicians can apply/qualify for affordable living. To make ends meet they perform at places like Ole Red’s and Whiskey Row, entertaining Nashville’s visitors for four-hour stretches of country covers and originals. They’re 100% independent and self managed. It’s obvious they’re not afraid of hard work and their infectious three part harmonies combined with their already impressive songwriting chops just may send them to the top.

“Worth The Wait” is just that so you’ll want to keep your eye on these girls, their in it for the long haul. The band has already garnered a #1 hit on the Australian Country Music Chart and won two People’s Choice Awards.
–Jerry Holthouse

Music editor for Nashville.com. Jerry Holthouse is a content writer, songwriter and a graphic designer. He owns and runs Holthouse Creative, a full service creative agency. He is an avid outdoorsman and a lover of everything music. You can contact him at JerryHolthouse@Nashville.com
Previous Kelly Clarkson Lends Her Voice To Kaleb Lee On “I Dream In Southern”
Next Lindsay Ell’s “I Don’t Love You” Most Added Song In The Nation