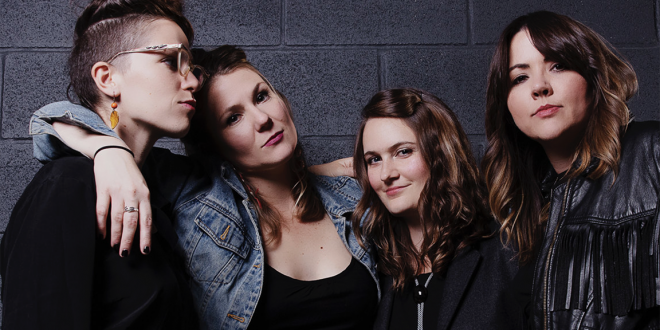 I love to play a little Della Mae on Spotify while I’m working. It’s been a while since I’ve been able to see them live, maybe two years ago at the Basement. But long enough that I’ve forgotten, as good as their music is, it can’t compare to seeing them live. You just can’t record that kind of energy. Their “Holiday party” at a packed Station Inn last Wednesday 12/12 reminded me of that. They played a bunch of their old stuff, the new EP, The Butcher Shoppe, in it’s entirety and several Christmas songs to celebrate the season. Lead singer Celia Woodsmith’s energy is infectious and exhilarating but the biggest applause of the night came after No-See-Um Stomp, a twin fiddle assault and an instrumental from the new EP featuring 2-time national champion fiddle player Kimber Ludiker and her favorite fiddle player, guest, Deanie Richardson of Sister Sadie. Other guests included Molly Tuttle and Alison Brown. Woodsmith completely slayed The Allman Brothers’s “Whippin’ Post,” also on the new EP with a rendition that would have made both Gregg and Duane proud. The band also reminds you of how much amazing female talent there is in Nashville who don’t get played enough on radio. It’s really easy to fix. Request it, play it, go see it, demand it!
–Jerry Holthouse 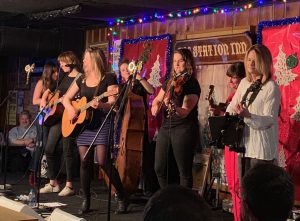 Music editor for Nashville.com. Jerry Holthouse is a content writer, songwriter and a graphic designer. He owns and runs Holthouse Creative, a full service creative agency. He is an avid outdoorsman and a lover of everything music. You can contact him at JerryHolthouse@Nashville.com
Previous Kelsey Waldon Joins 2018 LR Baggs Americana Sessions Lineup
Next Alabama Announces “50th Anniversary Tour”