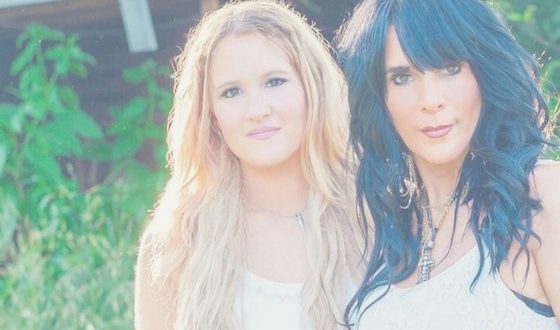 The Darlins, a duo that is best described as ‘Bluegrass with a Smoky Eye,’ will certainly have you pouring shots of Blackberry Whiskey this fall with their intimate single dropping on September 8. Portland native Jude Toy’s looping guitar licks perfectly hook you beneath Nashville native Erinn Bates’ lustful vocal delivery teaming with influential imprints of Dolly Parton and Alison Krauss.
“When Erinn and I got together with Robin Ruddy, I had the guitar riff in my head and played it for them,” recalls Jude. “They loved it and it became the back bone of the song. They both had amazing ideas and we wrote it quickly. We came back to it a few times before making it the final song you hear now. We just loved it so much we didn’t want to settle on anything.”
Blackberry Whiskey, penned by The Darlins and Robin Ruddy, was produced by Shane Barrett and Buddy Hyatt, a former member of TOTO, the rock group with hitsRosanna, Hold the Line, and Africa. Hyatt has worked with acts like Lee Greenwood, Randy Travis, Mickey Gilley, Lynn Anderson, Jo Dee Messina, Tracy Lawrence, and many others.
“Our producer, Buddy Hyatt has been one of our biggest supporters and we feel so blessed to be working with him,” says Erinn. “He, along with the other brilliant musicians playing on Blackberry Whiskey, created such a great track. Shane Barrett helped us tremendously as well with production on our vocals. We are so excited for people to hear it!”
Fans will be able to download the single on iTunes and other online retailers on Friday, September 8.
About The Darlins
Nashville native Erinn Bates and the Portland reared Jude Toy first cross paths when they were both working at cosmetic retailer Sephora. After discovering that they were both singer/songwriters, Erinn attended Jude’s performance in a round at The Bluebird Cafe and they have since been collaborating and sharing music as The Darlins around the globe. Their distinct style credited by reviewers as a duo version of Dolly Parton has won the praise of outlets and music industry leaders.  Music Row’s Robert K. Oermann called their sensuous sound feverish and Nashville Music Guide has previously listed them as one of the eight “Best Artists” of the year. On the road, they’ve opened for acts like Loretta Lynn, Kacey Musgraves, Chris Young, Sara Evans, Dwight Yoakum, Joe Nichols and many others amassing over 120 thousand fans across their social media platforms.  Blackberry Whiskey, their latest release premiering on September 8, will mark the first single since their debut EP Crush. Stay updated on The Darlins at the following:
Website: www.thedarlins.com
Facebook: www.facebook.com/thedarlins
Twitter: @thedarlinsmusic
Instagram: @thedarlins