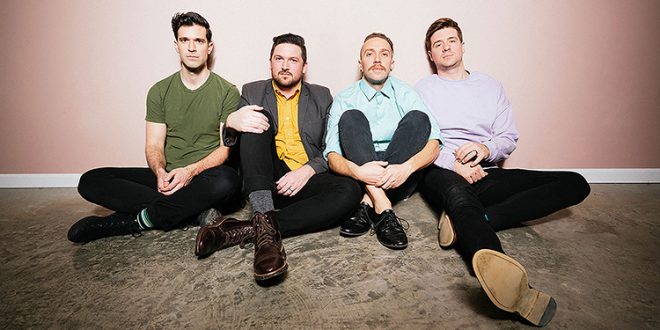 Nashville’s Daniel Ellsworth + The Great Lakes will be releasing their new album, Fashion, this fall 2018. The band, which is comprised of Daniel Ellsworth (lead vox, keys), Joel Wren (drums), Timon Lance (guitar), and Marshall Skinner (bass)will release the album in three parts – Chapter One in winter 2018, Chapter Two in spring 2018, and the full album to follow — reflecting the process by which is was crafted. It was recorded over the course of a year at Elephant Lady Studios here in Nashville, Tennessee – engineered, co-produced, and mixed by indie-pop-mastermind-and-wizard-like Kyle Andrews.

Their first full-length album, 2011’s Civilized Man, was recorded and co-produced with Mark Nevers (Andrew Bird, Yo La Tengo, Silver Jews). Here they showed the beginnings of that stylized magic, combining intricate rhythms and challenging melodies yet never straying from pop pleasantness. And it also here that they established that unique insistence on working and recording together as a group – a cohesion and independence that always comes across in their recordings and their boisterous performances. Civilized Man went on to be listed in the top 100 albums of 2011 by Amazon. The single “Shoe Fits” debuted at number seven on Amazon’s top 100 songs of 2011. DE+TGL was named one of the 15 Bands to Watch by Esquire Magazine in 2014. In March of that year their sophomore album, Kid Tiger, was recorded at Sputnik Sound by Vance Powell (Jack White, The White Stripes, The Raconteurs). Bemidji, a companion EP also recorded by Vance Powell, was released in March 2016, followed up by appearances at SXSW and ACL Fest.