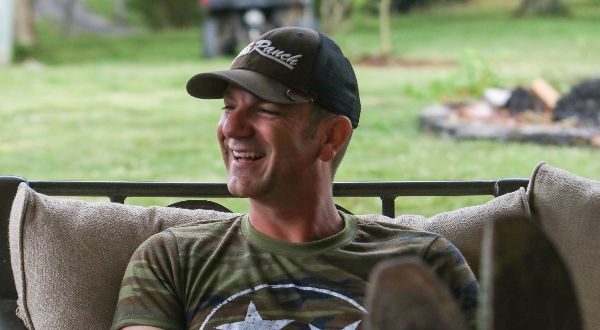 If there’s anything die-hard fans know about Craig Campbell, it’s that his world revolves around traditional country music and the simple things in life. That’s why it was so easy for the South Georgia native to come up with the concept for his new single, “Flyin’ My Country Flag”, during a 2014 writing session with his buddies Ben Hayslip and Michael Carter.

“It was during a time where there were some complaints about country not being ‘country’ enough. We were talking about some frustrations with the business and the guys said, ‘keep doing what you’re doing. Country music will come back around.’ And I said, ‘well when it does, I’ll be right here flyin’ my country flag.’ And there was our title. We didn’t want to write a song that bashed everything else. It was just about me personally being proud of being a country singer and being proud of being from the country. And I’m proud to be an American on top of that!” states Campbell.

With its dynamite guitar licks and sing along chorus, the summer tune shows off Campbell’s strong vocal chops and shoot ‘em straight lyrics. The forthcoming video gives music lovers a glimpse into Craig’s small town life in Eagleville, Tennessee, 40 minutes outside of Nashville. The video alternates between Craig’s backyard, backroads, and even a performance piece with his full band, the first time he has ever done that in a video. They also feature shots from the Eagleville Tractor Pull which, coincidentally, happened the same weekend.

“You don’t get more rural America than drinking cold beer and watching tractors pull some sleds up and down the track in Eagleville on a Saturday night!” laughs Campbell.

The upbeat anthem has always been a favorite of Campbell’s and he’s excited to let everybody else get just as fired up about it as he is. Even if that means cranking it up while riding down the road, rolling down the windows, and breaking the speed limit in good ole’ Craig Campbell fashion.

Music editor for Nashville.com. Jerry Holthouse is a content writer, songwriter and a graphic designer. He owns and runs Holthouse Creative, a full service creative agency. He is an avid outdoorsman and a lover of everything music. You can contact him at JerryHolthouse@Nashville.com
Previous T.J. Martell Foundation Presents First-ever Sunshine Award
Next Toby Keith Remasters “American Soldier”