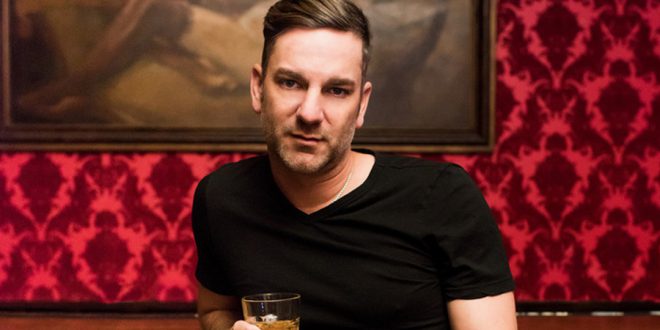 With Colorectal Cancer Awareness Month wrapping up at the end of March, Red Bow Records artist Craig Campbell has revealed plans to continue fighting the devastating disease with his 6th Annual Celebrity Cornhole Challenge.
Helping kick off the 2018 CMA Music Festival a few days early, this year’s event will take place at Nashville’s City Winery on June 5, with a star-studded benefit dinner to follow on June 6. All proceeds from the event will once again benefit FIGHT CRC (Fight Colorectal Cancer), a nonprofit organization working to increase awareness, education and research on colorectal cancer – the second-leading cause of cancer deaths among adults in the U.S.
Campbell has dedicated himself to the cause as one of FIGHT CRC’s national spokespersons, having lost his father to colorectal cancer when he was just 11 years old. His father was only 36. So far, the yearly events have contributed hundreds of thousands of dollars to FIGHT CRC, with last year’s event bringing in more than $180,000.
“To say I’m excited about this year’s celebrity cornhole challenge would be a huge understatement,” shared Campbell. “It’s hard to believe this is year six! We’re hoping to beat the $180,000 we raised last year, so we’re pulling out all the stops and will have a few returning celebrities and some rookies playing to help Fight CRC. Seeing all the fans come out in support, means the world to me!”
Celebrity guests for Craig Campbell’s 6th Annual Celebrity Cornhole Challenge will be announced soon, and fans who bid online will be selected to play against those stars – which in years past have included Lee Brice, Lindsay Ell, LOCASH, Jerrod Niemann, Thompson Square, Michael Ray, Charlie Worsham and more.
In related news, Campbell’s flirtatious new single, “See You Try,” is set to impact Country radio April 9. The pure-Country anthem follows the uplifting critical success of “Outskirts of Heaven,” as well as two acclaimed studio albums and unforgettable hits like “Family Man,” “Fish,” “Outta My Head” and the Top 10 radio smash, “Keep Them Kisses Comin’.” Campbell is currently headlining select concert dates across the nation and working on his full-length album debut for Red Bow Records.
Check out the flirtatious “See You Try” lyric video here.
Purchase/stream “See You Try” here.

Music editor for Nashville.com. Jerry Holthouse is a content writer, songwriter and a graphic designer. He owns and runs Holthouse Creative, a full service creative agency. He is an avid outdoorsman and a lover of everything music. You can contact him at JerryHolthouse@Nashville.com
Previous CMA Songwriters Series To Host Larry Gatlin, Terry McBride, Aaron Tippin and Charlie Worsham Performance
Next ACM Announces New Artist Award Winners