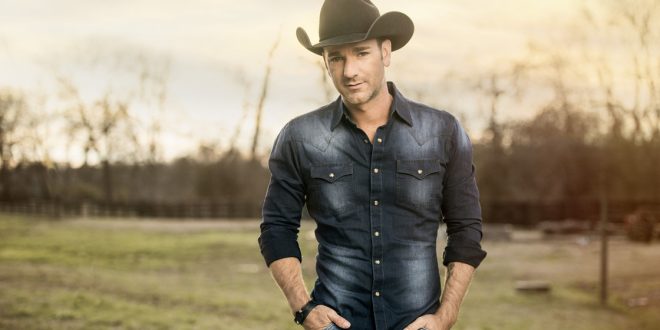 Critically-acclaimed country artist-songwriter CRAIG CAMPBELL is lending a breathtaking rendition of “American Anthem” to the 41st annual Macy’s 4th of July Fireworks®. The country ballad saluting our veterans will be featured in the patriotic musical score, which is synchronized to a dazzling 25-minute pyrotechnic display over the East River in New York City.

A USO tour participant and longtime supporter of troops, Campbell was honored when Macy’s invited him to record “American Anthem” for the treasured 4th of July Fireworks spectacular.

“It’s a privilege to have been chosen by Macy’s to sing this amazing song for their 4th of July celebration,” shared Campbell. “I hope my performance of ‘American Anthem’ shows our love and appreciation of America and those who risked their lives for this country.”

The affecting ballad, composed by Gene Scheer, was first performed by mezzo-soprano Denyce Graves for President Bill Clinton at the Smithsonian’s unveiling of the restored Star-Spangled Banner flag in 1999. Norah Jones also recorded a beautiful rendition of the song for Ken Burns’ Emmy Award-winning World War II documentary for PBS, The War. “American Anthem” recognizes the sacrifices and selflessness of the men and women that have fought on the country’s behalf.

Campbell is currently playing select shows nationwide and will join Luke Bryan’s HUNTIN’ FISHIN’ AND LOVIN’ EVERY DAY TOUR on August 8. When not touring, Campbell is in the studio working on his third studio album – and his first on RED BOW Records – which features his lauded, moving single, “Outskirts of Heaven.”

ABOUT CRAIG CAMPBELL:
Campbell launched on to the country music scene with the release of his self-titled debut album (2011) delivering the hits “Family Man,” “Fish,” and “When I Get It.” To date, he has logged five consecutive charted hits with over a billion radio airplay audience impressions and over a half million downloads. Campbell’s Top 15 breakout debut “Family Man” was featured on HBO’s True Blood and fan-favorite “Fish” has tallied nearly 400,000 digital copies sold. He earned his first Top 10 smash with the infectious “Keep Them Kisses Comin’” from his sophomore album NEVER REGRET (2013). The gifted songwriter co-wrote Garth Brooks “All American Kid” off of MAN AGAINST THE MACHINE. Prior to landing his first record deal, the Lyons, GA native spent time on the road playing keyboard for both Tracy Byrd and Luke Bryan – shows that inspired him nightly. Campbell was soon discovered while playing a regular gig at the downtown Nashville honky-tonk, The Stage.

Previous First Tennessee Park Isn’t Just Great for a Nashville Sounds Game, Have you had Their Food?!?
Next Interview with Country Singer/Songwriter Mark Mackay who is Playing 3rd & Lindsley Tonight!