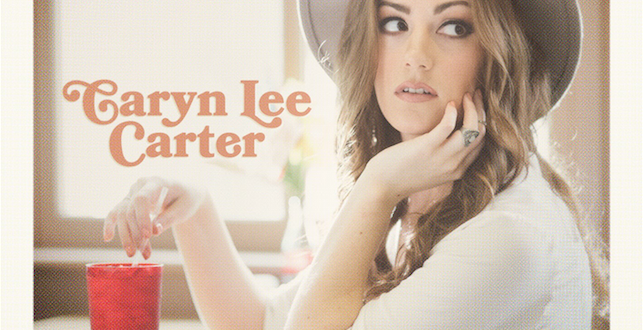 Caryn Lee Carter has been turning heads with her brand new single, “White Trash Without the Trailer,” which is included on the singer’s debut self-titled EP, available HERE. The collection includes five new songs, all inspired by Carter’s upbringing surrounded by Mountain Music.

In the full concept video for “What Trash Without the Trailer,” Caryn plays 2 different roles. It features one of her personalities where she embraces her upbringing while the other character tries to escape her roots, but ultimately can’t get away from her roots. The hilarious video shows off Caryn’s unique personality and creativity.

Caryn’s folksy harmonies, blended with upbeat country pop tempos and cheeky lyrics, make for a unique sound that winds somewhere down the road between Miranda Lambert’s front door and Loretta Lynn’s backyard, which is just where she likes it.

Recently, the Georgia native has signed on with Go Long Entertainment, working with an incredible team of award-winning songwriters, producers, and industry experts including songwriter and former Arista Records artist Sherrie Austin, music industry veteran Jeff Davis, and producer and songwriter Will Rambeaux (of Faith Hill’s “Wild One” fame, amongst other #1 hits).