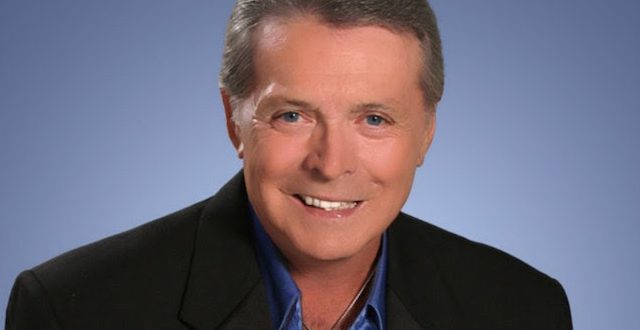 Country music artist Mickey Gilley is partnering with the Tennessee Highway Safety Office (THSO) to promote seat belt usage after surviving a rollover crash in Texas on January 3, 2018. At the time of the crash, Gilley’s vehicle was struck by another vehicle whose driver failed to halt at a stop sign. Gilley is currently recovering from several injuries, including a fractured ankle, fractured shoulder, cracked sternum, and cracked rib. He credits his seatbelt for saving his life. Click here to view Gilley’s new public service announcement.
“Had I not been wearing my seatbelt, I’m sure I would’ve been ejected,” said Gilley. “My car rolled about three times over. I want to share my story with Tennesseans to encourage everyone in the South to take pride in wearing seatbelts, because seatbelts do save lives.”

According to the Tennessee Integrated Traffic Analysis Network, 80 people died statewide in vehicle over turn/rollover crashes last year. Thirty-two (40%) of those individuals were not wearing seatbelts.

Beginning February 1, the THSO will launch its fifth annual Seatbelts Are For Everyone (SAFE) campaign. This statewide initiative is designed to increase Tennessee’s average seatbelt usage rate through community outreach, occupant-protection education, and targeted seatbelt enforcement.

“In 2016, Tennessee’s average seatbelt usage rate was 88.95 percent,” said THSO Director Vic Donoho. “Last year, the state’s usage rate decreased to 88.51 percent. Our goal this year is to achieve 100 percent seatbelt usage across Tennessee through the SAFE campaign and other occupant-protection initiatives.”

For more information about the THSO or the SAFE campaign, please visit www.tntrafficsafety.org.

About Mickey Gilley
Country music artist Mickey Gilley has been wowing fans with his haunting sound of Louisiana rhythm and blues since 1957. The Mississippi native grew up with his two famous cousins, Jerry Lee Lewis and Jimmy Swaggart, surrounded by the influence of music. Gilley made his chart topper debut with his song “Is It Wrong For Loving You,” in which Kenny Rogers played the guitar. After moving to Pasadena, Texas in 1971, Gilley opened his world famous Honky-Tonk night club. He continued to show chart success with hits like “City Lights” and “Don’t the Girls All Get Prettier at Closing Time” both of which reached number one on the Billboard Country Charts. At age 81, Gilley continues to walk out on stage and sing his hits to share his musical career with audiences across the country.

About the Tennessee Highway Safety Office
The Tennessee Highway Safety Office (THSO) is a division of the Tennessee Department of Safety and Homeland Security advocating for traffic safety. The THSO works in tandem with the National Highway Traffic Safety Administration (NHTSA) to implement statewide programs addressing occupant protection, impaired driving, speed enforcement, pedestrian and bicycle safety, and crash data collection and analysis. Programs administered by the THSO are 100 percent federally funded. The THSO’s mission is to effectively develop, implement, and evaluate these programs. To learn more, please visit www.tntrafficsafety.org.